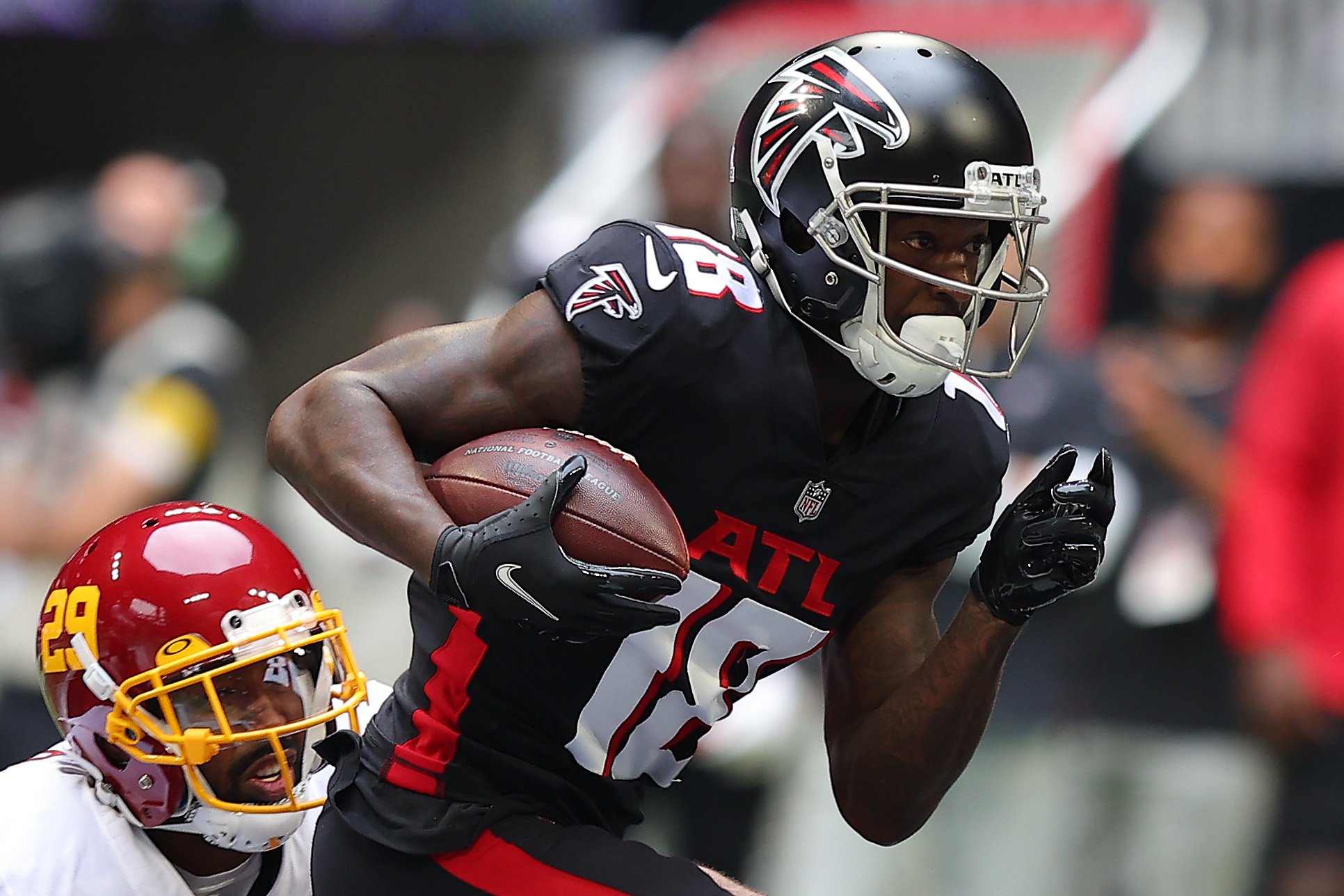 Calvin Ridley may be suiting up for a different team than the Atlanta Falcons next season.

Mike Garafolo of NFL Network provided an update on the situation Saturday, noting the Falcons “are still holding out hope that they will have Calvin Ridley for this upcoming season.” However, he also said there hasn’t been much communication between the sides and tweeted that he believes there is “a very strong possibility” the wide receiver will be traded this offseason.

Garafolo called his assessment an “educated prediction” that Ridley will be on a different team next season.

In October, Ridley tweeted he would step away from football to “focus on my mental wellbeing. This will help me be the best version of myself now and in the future.”

That came after he missed Atlanta’s trip to London for Week 5 and a Week 8 game because of personal matters.

The Alabama product became an immediate contributor for the Falcons after they selected him with a first-round pick in the 2018 draft, posting 10 touchdowns as a rookie and seven scores in his second season.

He then became one of the best receivers in the league in 2020, racking up 90 catches for 1,374 yards and nine touchdowns. That he put up those numbers playing alongside Julio Jones for much of the season made them all the more impressive.

Ridley seemed poised to maintain his spot among the league’s top wide receivers, especially with Jones on the Tennessee Titans this season. However, he appeared in just five games.

If he is traded, a number of teams figure to get involved in the sweepstakes.

After all, he is just 27 years old and under contract through next season. Whether it is a team with a young quarterback that needs a go-to option, such as the Chicago Bears, or another contender that could use another receiver alongside young playmakers, such as the Philadelphia Eagles and Miami Dolphins, there should be a number of squads interested.

Denial of responsibility! NewsUpdate is an automatic aggregator around the global media. All the content are available free on Internet. We have just arranged it in one platform for educational purpose only. In each content, the hyperlink to the primary source is specified. All trademarks belong to their rightful owners, all materials to their authors. If you are the owner of the content and do not want us to publish your materials on our website, please contact us by email – [email protected]. The content will be deleted within 24 hours.
best sports newsCalvinFalconsmovingnews update sportsnewsupdatepossibilityRidley

Letters to sports: Unhappiness with Rams, Chargers, Lakers, UCLA and The Times

Where to watch ‘Too Hot To Handle’ Season 3? Release date and more