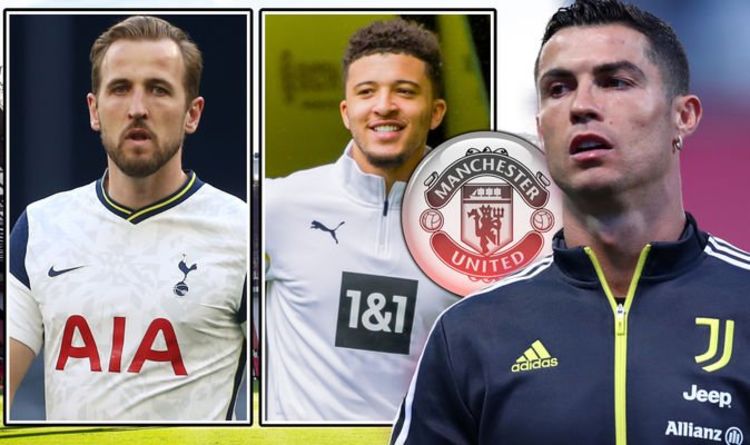 Manchester United’s summer transfer plans could be thrown up into the air today if Juventus miss out on Champions League qualification, which would possibly put Cristiano Ronaldo on the market in the upcoming window.

The Old Lady head into Serie A’s final day this evening sat fifth and a point behind third-placed AC Milan and fourth-placed Napoli.

Andrea Pirlo’s charges, who won the Coppa Italia in midweek, take on mid-table Bologna away from home while Milan are at second-placed Atalanta and Napoli host 10th-placed Verona (all 7.45pm kick-offs).

Ronaldo’s £99million move to Italy two years ago was supposed to help Juve end their long wait for European glory, having not won the Champions League since 1996.

But they now face the unthinkable: having to play a season in the Europa League. That is despite 36-year-old Ronaldo scoring a league-best 29 goals this term.

Across all competitions, the ever-fit Portuguese has delivered 40 direct goal contributions in 44 appearances, proving he is still as capable as ever as impacting matches.

And The Athletic say United officials are keeping a keen eye on his situation in Turin, with it thought a blockbuster return could genuinely become feasible.

Portugal international Ronaldo of course established himself as one of Europe’s greatest attackers in a five-year spell with United in which he supplied 118 goals and 69 assists in 292 games.

And transfer expert Fabrizio Romano said earlier this month: “If Juventus will be out of the Champions League the feeling here in Italy is that Cristiano will ask to leave.

“Let’s see what club can sign Cristiano this summer. Remember he has an incredible salary here at Juventus for one more season for £30million.

“This something really huge for Cristiano right now, and it’s really difficult in this financial situation to find a club prepared to pay him the same salary.”

Edinson Cavani has displayed the benefits of having an experienced top-level striker leading the line and Ronaldo is still very much one of the best players, or at least one of the most productive, in world football.

Add that to the feel-good factor any return would bring and the commercial opportunities of a deal, and there are plenty of reasons United’s owners the Glazers would genuinely entertain a move for Ronaldo.

The opportunity to snatch Kane from rivals Spurs, to whom they would deal a devastating gut punch in the process, has also arisen in recent months and if chairman Daniel Levy can be negotiated with, signing the 27-year-old would be some statement.

Old Trafford would certainly appeal to the player and with the joint-most goals and also the most assists of any player in the Premier League, Kane is the level of addition who could help make the difference against the likes of City, Chelsea and Liverpool in the title race.

Yet he would also be the most expensive potential recruit on the market, aside from Dortmund striker Erling Haaland who looks unattainable for at least another 12 months.

Ronaldo would cost massive wages, which would have to be reduced from what he currently earns at Juve, but would likely only sign a two or three-year deal and his transfer fee may not be too extortionate.

If Juve miss out on the top four and Ronaldo inches towards the exit door, United clearly have a massive decision to make.

Ronaldo would be an immensely popular signing among the fanbase but whether he’s the one who should be the priority over younger options like Sancho and Kane is a dilemma for the United boardroom to mull over.

Denial of responsibility! NewsUpdate is an automatic aggregator around the global media. All the content are available free on Internet. We have just arranged it in one platform for educational purpose only. In each content, the hyperlink to the primary source is specified. All trademarks belong to their rightful owners, all materials to their authors. If you are the owner of the content and do not want us to publish your materials on our website, please contact us by email – [email protected]. The content will be deleted within 24 hours.
best sports newsCristianodilemmahandHarryJadonKaneMan

How to port Reliance Jio Postpaid to Prepaid for free – Smartprix

No. 12 Olivet Rallies With Three Runs in the Sixth to end Campbellsville’s Season