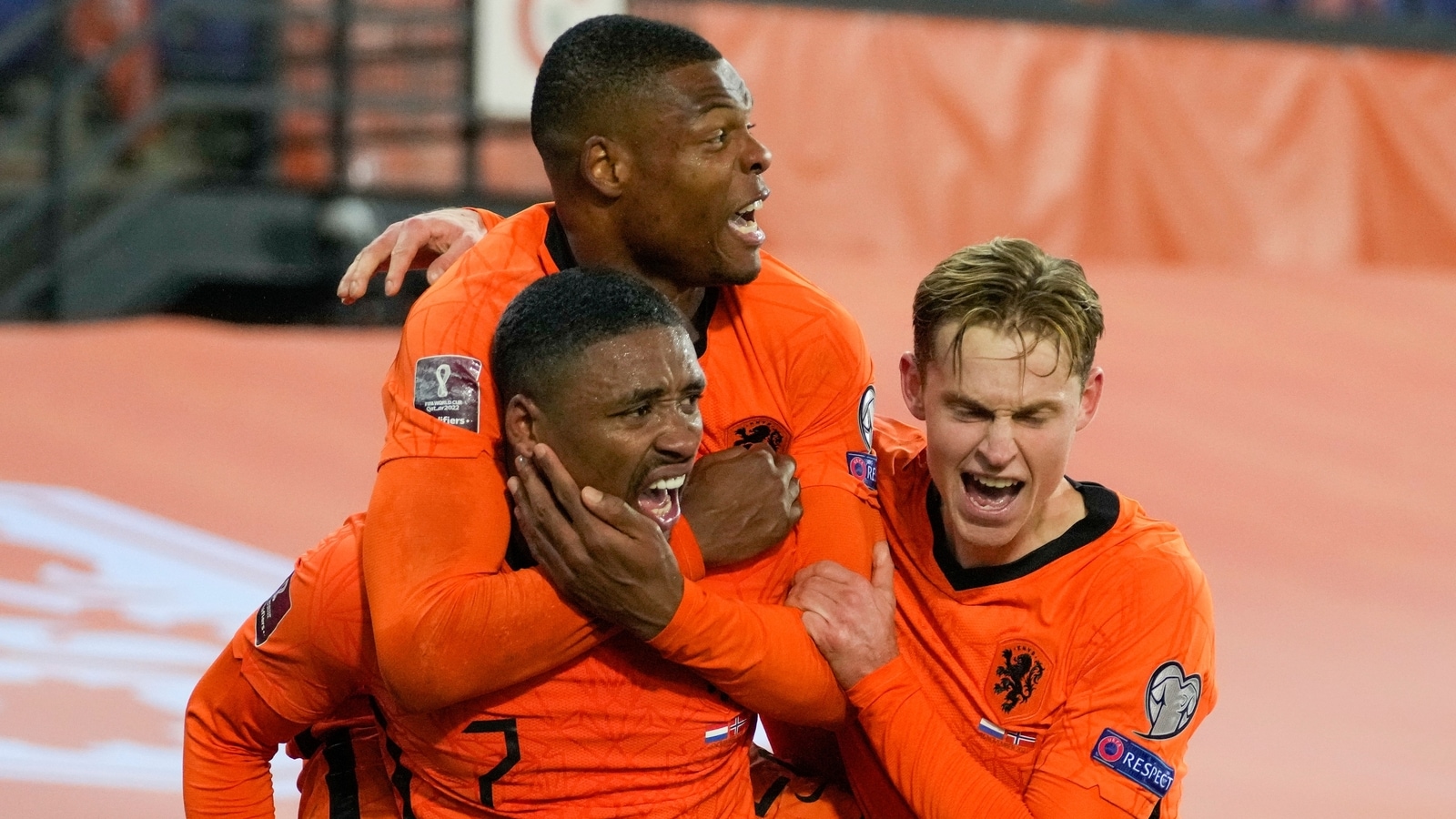 Dutch head back to World Cup after eight years; playoffs for Turkey, Ukraine

The Netherlands will be back at the World Cup after an eight-year gap, forcing Norway star Erling Haaland to wait until at least 2026 to make his debut on the biggest stage.

The Dutch did just enough Tuesday with late goals in a 2-0 win in Rotterdam that eliminated the Norwegians who were missing Haaland, their injured 21-year-old forward.

Turkey overtook Norway into second place in Group G, winning 2-1 in Montenegro to enter the European playoffs in March.

Ukraine also won away, 2-0 at Bosnia-Herzegovina, to join Turkey as unseeded teams who will be on the road again in the playoffs semifinals.

The unbeaten Ukrainians, who drew six of their eight Group D games, rose into second place above Finland, which was eliminated by losing 2-0 at home to table-topping France.

Kylian Mbappe set up Karim Benzema to score in the 66th before getting the second himself 10 minutes later after a speedy solo run down the left flank.

Wales and the Czech Republic started their Group E games Tuesday knowing both were heading to the playoffs, with leader Belgium already having claimed the direct qualification spot to the finals tournament in Qatar.

Wales ensured it will be seeded in the playoffs by drawing 1-1 with the top-ranked Belgians in Cardiff to finish runner-up in the group.

The Czechs, who beat visiting Estonia 2-0, placed third in the group and take one of the two playoffs entries for teams that won a Nations League group last year.

The Netherlands failed to qualify for the 2018 World Cup despite being the beaten finalist in 2010 and reaching the semifinals four years later under then-coach Louis van Gaal.

Now back in charge aged 70 and nursing a newly injured hip that kept him from the dugout, Van Gaal oversaw Tuesday’s win from a seat high up in the stands of the empty stadium in Rotterdam.

Entering the final 10 minutes, a Norway goal could have eliminated the Dutch completely. The tension was banished by Tottenham winger Steven Bergwijn scoring with a hard rising shot in the 84th.

Barcelona forward Memphis Depay sealed the win in stoppage time by finishing off a breakaway move through an exposed Norway defense.

Van Gaal’s team finished two points ahead of Turkey after the tightest three-way contest in the 10 European qualifying groups.

“Now we have a long preparation ahead of us, which I am sure will make us an even better team,” captain Virgil van Dijk said.

Turkey, Ukraine, Wales and the Czech Republic completed the lineup of 12 nations that will compete for three tickets to Qatar in a tense six-day span in March.

They will go into three knockout brackets of four teams each when FIFA makes the draw on Nov. 26 in Zurich.

Wales is the only one of those playing Tuesday to be among the six seeded teams who will play at home in the single-leg playoff semifinals on March 24-25. The other seeded teams are Italy, Portugal, Russia, Scotland and Sweden.

The unseeded teams who will play away from home first are the Czechs, North Macedonia, Poland, Turkey, Ukraine and Austria, the other team claiming its place via the Nations League.

North Macedonia is the only European team left in contention that never played at a World Cup finals tournament. Wales has not been since 1958, which was its only appearance.

The three playoff finals will be played on March 28 or 29. Home advantage for those single-game finals in each bracket will also be drawn by FIFA later this month.

FIFA will make the finals tournament draw on April 1 in Doha. The 10 European qualifiers so far in the 32-team lineup are Belgium, France, England, Spain, Denmark, Netherlands, Germany, Switzerland, Croatia and Serbia.

Denial of responsibility! NewsUpdate is an automatic aggregator around the global media. All the content are available free on Internet. We have just arranged it in one platform for educational purpose only. In each content, the hyperlink to the primary source is specified. All trademarks belong to their rightful owners, all materials to their authors. If you are the owner of the content and do not want us to publish your materials on our website, please contact us by email – [email protected]. The content will be deleted within 24 hours.
best sports newsCupDutchfifa world cup 2022fifa world cup qualifiersNetherland vs NorwayNetherlands qualify for FIFA World Cupnews update sports