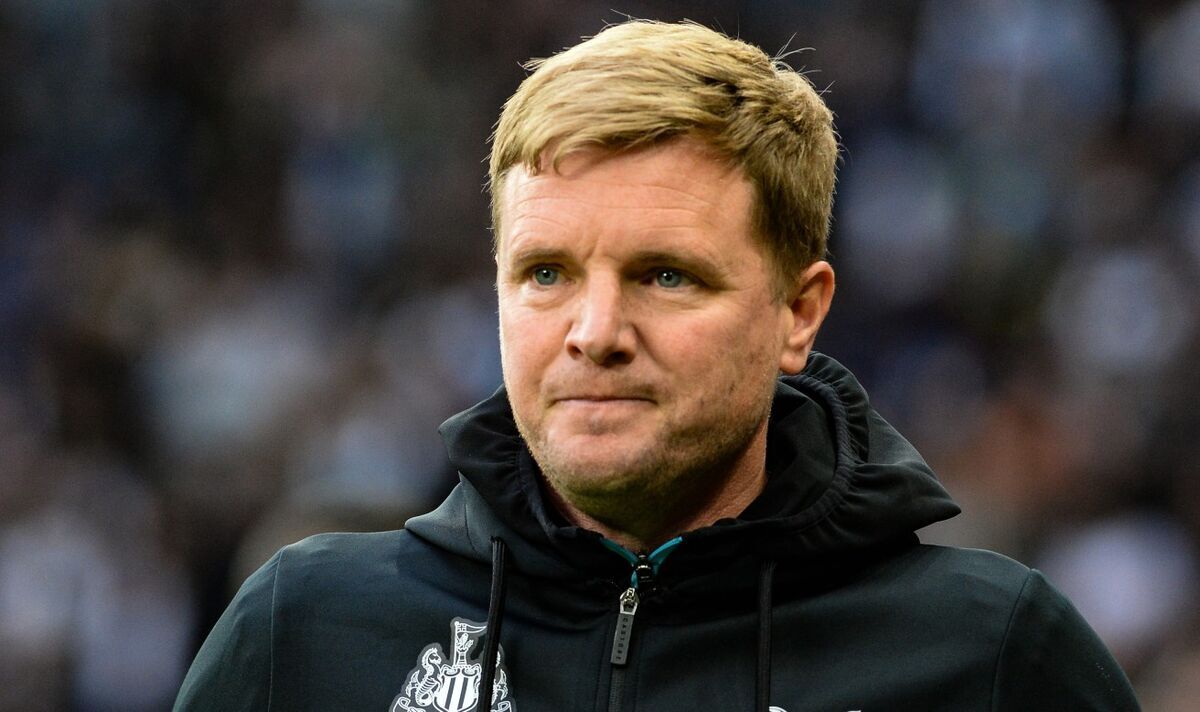 Newcastle boss Eddie Howe was asked about the possibility of qualifying for next season’s Champions League after his side’s convincing four-goal win over Aston Villa on Saturday. The Magpies ran riot to put their opponents to the sword in order to extend their two-month unbeaten run and climb into the Premier League’s top four ahead of Chelsea, who were thrashed by Brighton at the amex Stadium.

Callum Wilson put Newcastle ahead just moments before the half-time whistle before doubling his tally from the penalty spot shortly after the restart. Joelinton went on to make it three for the Magpies just a few minutes later, while Miguel Almiron got in on the act with 20 minutes remaining to cap off a stellar afternoon for the Tyneside outfit in front of their own fans.

The result saw Newcastle move three points ahead of fifth-placed Chelsea to consolidate their position in the Premier League’s top four, although Howe was quick to play down their hopes of sealing Champions League qualification when quizzed on the topic after the final whistle.

“Outrageous question… we’re happy where we are,” joked the Newcastle boss in his post-match press conference. “I’ll let you write the headlines.”

Howe was also full of praise for his Newcastle players and singled out Wilson after his two-goal contribution in front of England boss Gareth Southgate, who was watching from the stands. The 30-year-old will be desperately hoping to earn a spot on the plane for the World Cup over the coming weeks and did no harm at all to his chances of selection with his imperious showing at the top of the pitch.

“The lads really competed well,” he told Sky Sports. “It was a bity first half, very stop-start. Thankfully in the second half we were outstanding.

“That is up there with one of the best performances of the season. I’m really pleased for Callum. penalties are never easy but he put it away well. He was at the heart of a lot of our good football.

“It was an outstanding finish by Miguel. We hope the Aston Villa keeper is OK, It didn’t help the game. Thankfully in the second half we were able to express ourselves better. Tonight I hope fans all enjoy themselves, we’re already looking forward to next week.”

It remains to be seen whether Newcastle will be able to maintain their positive momentum between now and the end of the season as they look to trouble the Premier League’s biggest hitters for an unlikely top-four finish. They will be looking to claim another three points in their next outing against Southampton next weekend, while a tough game against Chelsea will await them six days later.

Denial of responsibility! NewsUpdate is an automatic aggregator around the global media. All the content are available free on Internet. We have just arranged it in one platform for educational purpose only. In each content, the hyperlink to the primary source is specified. All trademarks belong to their rightful owners, all materials to their authors. If you are the owner of the content and do not want us to publish your materials on our website, please contact us by email – [email protected]. The content will be deleted within 24 hours.
AskedAstonbatterbest sports newsEddieHowenewcastlenews update sports

What time is Pakistan vs Netherlands and on which channel?

Here are the best gaming-themed pumpkin carvings this Halloween

Budget: DigiLocker for MSMEs to digitize and ease business…