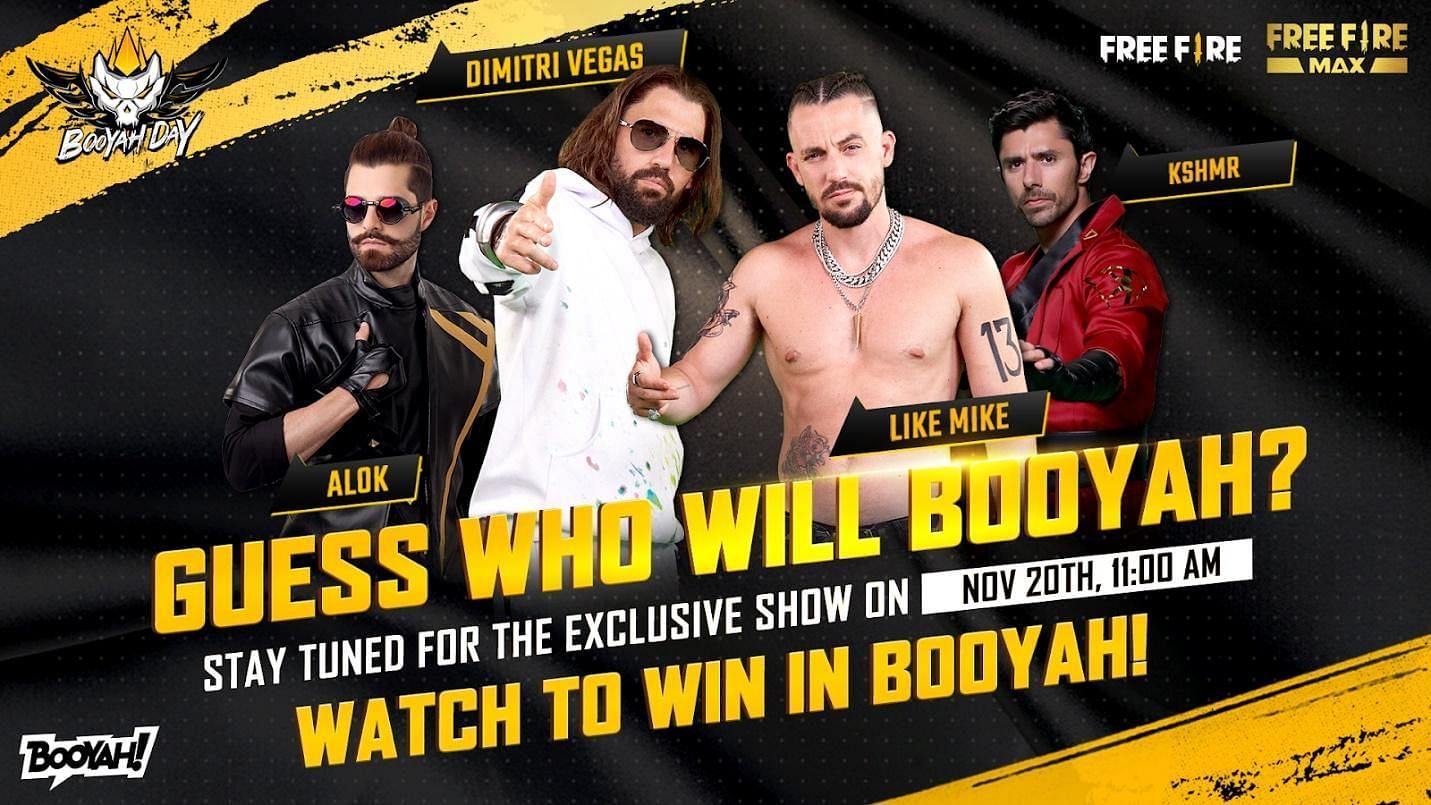 Both events will be streamed live on BOOYAH!

Step 1: Open the profile by tapping on the icon given in the top-left corner.

BOOYAH! Guild Wars pits four guilds in a race to conquer each other’s territories over four distinct zones on the Free Fire Bermuda map. The team with the highest score will win the tournament and be declared the ‘Ruler of Bermuda’.

Each guild will have three teams that will have to strategize together to take out competing teams to secure a victory. Guilds can employ tactics such as delaying strong opposing teams and winning early skirmishes to establish map control.

The event will feature 48 streamers and players and utilizes BOOYAH’s multiperspective feature, allowing viewers to catch all the action from their favorite streamer’s perspective! Viewers will also have access to an in-game portal that will enable them to watch the tournament live from within Free Fire itself!

Prizes galore for fans that tune in!

BOOYAH! is also dropping 30 limited edition official BOOYAH! hoodies for lucky winners who watch the broadcast and five more through their official Instagram handle. Winners will receive notifications after the event on the app to claim their hoodies.

In addition to this, fans stand a chance to walk away with the new BOOYAH! Day 2021 Gloo Wall and the BOOYAH! Day Legendary Bundle for Leon when viewership milestones for the event are crossed!

Fans can catch all the action by tuning in to the official BOOYAH! India channel on 20 November at 11.00 am IST for the live DJ show and 22 November at 6.00 pm IST for Guild Wars.

BOOYAH! can be accessed at the following locations:

Free Fire can be downloaded at the following locations:

BOOYAH! is an all-in-one platform for gaming livestreams & videos, developed and launched by Garena. BOOYAH! aims to bring the gaming community together by providing a dedicated environment for people to create video content, mingle with like-minded people, and play games with each other.

To find out the very latest on BOOYAH!, do head down to: https://www.facebook.com/booyahIN or https://www.instagram.com/booyahindia

Denial of responsibility! NewsUpdate is an automatic aggregator around the global media. All the content are available free on Internet. We have just arranged it in one platform for educational purpose only. In each content, the hyperlink to the primary source is specified. All trademarks belong to their rightful owners, all materials to their authors. If you are the owner of the content and do not want us to publish your materials on our website, please contact us by email – [email protected]. The content will be deleted within 24 hours.
Alokbest sports newsBooyahCelebrationscontinuesDayDimitrifeaturing

Learn Python: Start or advance your computer science career with this class bundle