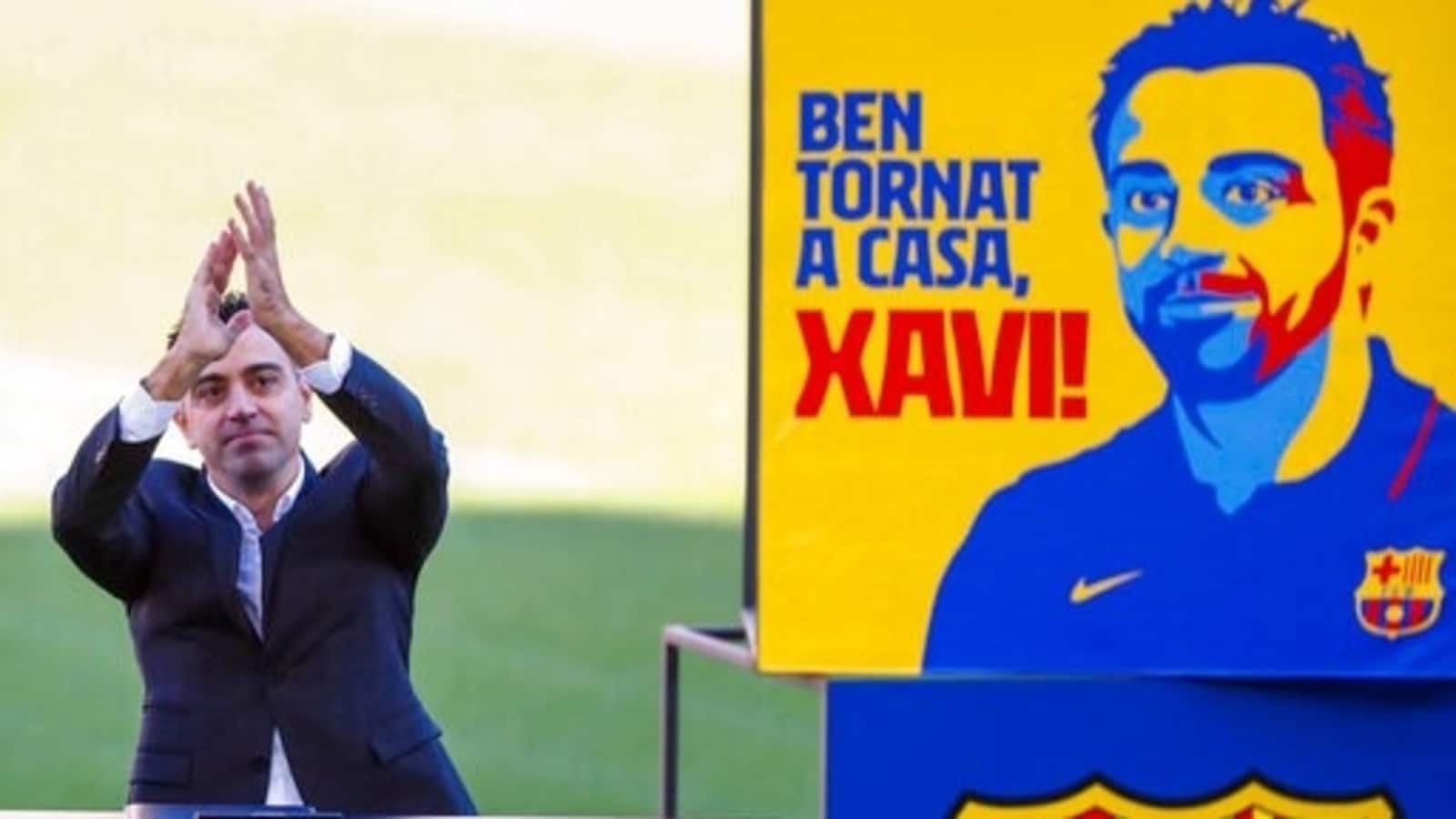 New Barcelona manager Xavi Hernandez issued a rallying cry to the club’s supporters on Friday, asking them to get behind the team as he prepares for his first match in charge of the side against local rivals Espanyol in LaLiga on Saturday.

Barca are ninth in the table on 17 points, 10 points behind fierce rivals Real Madrid and 11 adrift of leaders Real Sociedad and Xavi – who took charge this month following Ronald Koeman’s sacking – said his team needed their fans now more than ever.

“Here I stand asking our people to be on our side. There won’t be a lack of attitude. You can be sure we’ll give it our all. We ask you to come help us,” former Barca midfielder Xavi said in Friday’s news conference.

The Camp Nou can accommodate more than 99,000 fans but Barca have struggled to draw crowds amid their struggles this season, with a little over 37,000 fans present at the venue for their 1-1 draw with Alaves.

It was their lowest attendance for a weekend league game in two decades.

“We’re Barca, we need to stick together. If you give your all like you did the day I was presented, it’s good for me,” Xavi, who signed his contract in front of thousands of fans earlier this month, added.

Barca sealed a narrow 1-0 win the last time the teams met in July 2020 and Xavi said he expects a tough test against their opponents, who earned promotion to the top tier this season.

“There will be a lot of tension and we need to control our nerves… I told the boys they need to stay calm on the pitch because they’ll face rivals who are well prepared,” Xavi said.

“I’m less nervous now as a coach than I used to be when I was a player. I’m happy to be home and I’m looking forward to the game.”

Denial of responsibility! NewsUpdate is an automatic aggregator around the global media. All the content are available free on Internet. We have just arranged it in one platform for educational purpose only. In each content, the hyperlink to the primary source is specified. All trademarks belong to their rightful owners, all materials to their authors. If you are the owner of the content and do not want us to publish your materials on our website, please contact us by email – [email protected]. The content will be deleted within 24 hours.
backingBarcabarcelona newsbest sports newsBossEspanyolFanFC Barcelona

NZ’s top swimmer hit by Covid ahead of world champs

Arsenal player ratings: Total score of 49 as Ben White has…