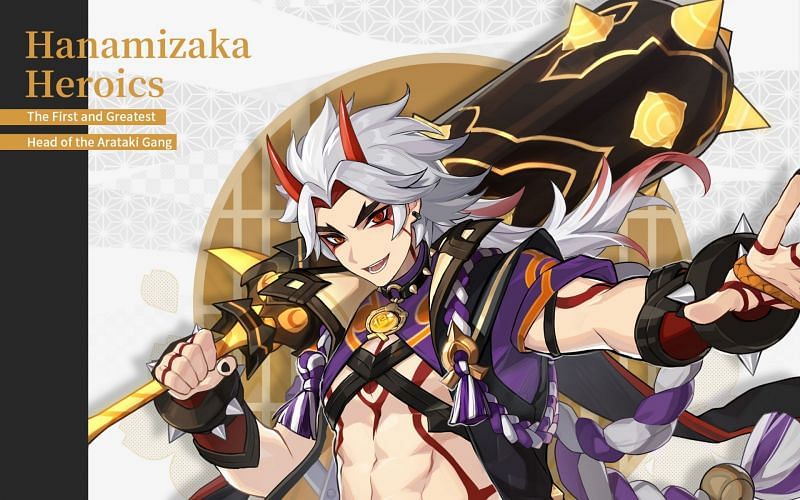 MiHoYo has dropped an official teaser for Arataki Itto. Recently, miHoYo has been posting teasers of upcoming characters before the new version of Genshin Impact is released. Therefore, players can assume that Itto is set to be playable in Genshin Impact 2.3. As of right now, it is still unknown if Arataki Itto is a 5-star or 4-star character. But, from the official art, players can clearly see that Itto is a Geo character that wields a claymore.

However, Genshin Impact 2.3 is still far away, so players will have to wait a little longer to get their hands on Arataki Itto. Meanwhile, version 2.2 is scheduled for October 13, 2021. This version will bring Childe and Hu Tao as the upcoming featured characters.

Arataki Itto ‧ Hanamizaka HeroicsThe First and Greatest Head of the Arataki GangFast as the wind and mighty as thunder, he is an intrepid man with Oni blood running through his veins.#GenshinImpact

Arataki Itto ‧ Hanamizaka HeroicsThe First and Greatest Head of the Arataki GangFast as the wind and mighty as thunder, he is an intrepid man with Oni blood running through his veins.#GenshinImpact https://t.co/YotIulzlYp

Who is Arataki Itto in Genshin Impact

Arataki Itto is the first and greatest head of the Arataki Gang (or so he claims). The prominent red horns on his head are a clear indicator of the Oni blood that runs through his veins. Oni are one of the supernatural creatures (yokais) in Inazuma, similar to illuminated beasts from Liyue.

Itto is known to have a loud voice that certainly can’t be unnoticed. When asked about him, Kujou Sara implies that she’s annoyed by Itto’s presence. She stated that, even though Arataki Itto accepted his defeat when she was confiscating his Vision, he repeatedly demanded a rematch.

Since the Vision Hunt Decree ended, it’s safe to assume that Itto receives his Vision back, just like other NPCs in Inazuma.

Other than Kujou Sara, Yoimiya stated that Itto may seem scary at first, but he is actually great with children. She always sees him playing with them, despite Itto being the leader of a “gang.”

Arataki Itto is a Geo character that is likely to wield the claymore, similar to Noelle. Another interesting factor is that in the pictures that were released, Itto is seen holding a club. This may be a throwback for players to a time when the Debate Club is viable.

Some players also immediately noticed the striking resemblance between Itto and the Geo Samachurl. Both of their clubs have Geo spikes as well as a golden handle.

It’s not known whether Itto is a 5-star or 4-star, but he’s more than likely expected to be a 5-star unit. As a result, Genshin Impact fans can expect a new club in Genshin Impact 2.3.

Denial of responsibility! NewsUpdate is an automatic aggregator around the global media. All the content are available free on Internet. We have just arranged it in one platform for educational purpose only. In each content, the hyperlink to the primary source is specified. All trademarks belong to their rightful owners, all materials to their authors. If you are the owner of the content and do not want us to publish your materials on our website, please contact us by email – [email protected]. The content will be deleted within 24 hours.
best sports newsCharacterClaymoreEsports & GamingfeatureGenshinGenshin ImpactGeo

Roberta Gibb broke barriers in the Boston Marathon. Now there’s a statue of her feat.