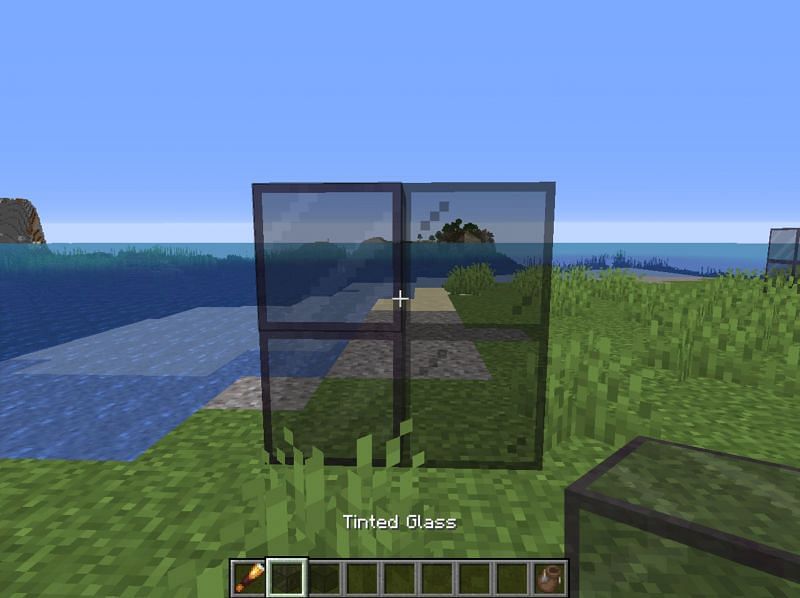 Minecraft players enjoying the Caves & Cliffs update may have noticed the new tinted glass block type, a glass block that is capable of blocking out light similar to an opaque block.

Though it operates in a similar fashion to any other glass block, tinted glass possesses the ability to block light from passing through it like a standard opaque block such as stone or dirt.

Additionally, tinted glass is not able to suffocate mobs in the way that standard glass blocks do in Minecraft. This block type also has the upside of dropping itself as a block when broken, whereas glass blocks would require the Silk Touch enchantment to be dropped in a block form when broken.

In order to create tinted glass, Minecraft players will need to find a different material to craft it. Unlike standard glass, tinted glass isn’t made from sand, but from shards of amethyst and existing glass blocks.

Amethyst shards are found from amethyst clusters found within geodes that generate underground, another feature of the Caves & Cliffs update. These geodes appear at various layers underground and are distinguished by their outer shell comprised of smooth basalt and calcite blocks. Their interior, being full of amethyst, include the needed clusters. 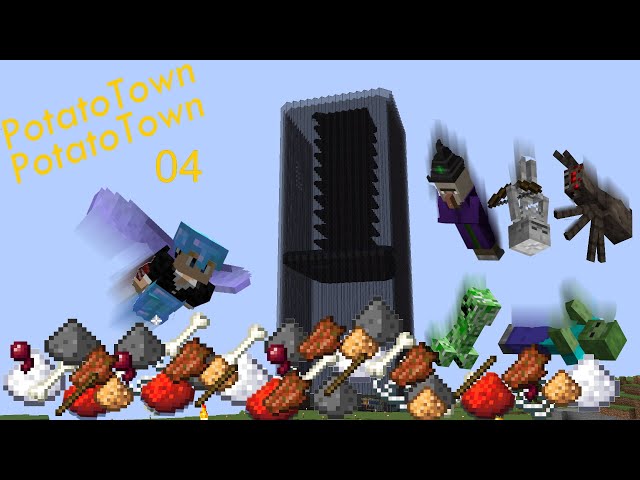 In total, four shards of amethyst and one glass block is required to create two blocks of tinted glass.

In the crafting grid, the glass block is placed in the center slot while the amethyst shards are placed directly above, below, to the left, and to the right of the block, creating a cross shape. This should place the tinted glass blocks in the output slot of the crafting table, which Minecraft players can then remove.

At the moment, tinted glass’ only use is as a decorative block, but this doesn’t mean it can’t be used for interesting contraptions.

For example, since tinted glass blocks light from passing through it, it’s possible to create a mob spawner that allows light on its outside exterior while still spawning hostile mobs at low light levels on the inside.

This provides a benefit over standard opaque blocks, as players can still see through tinted glass blocks, being able to see the hostile mobs spawned inside without needing to break any blocks to check.

Denial of responsibility! NewsUpdate is an automatic aggregator around the global media. All the content are available free on Internet. We have just arranged it in one platform for educational purpose only. In each content, the hyperlink to the primary source is specified. All trademarks belong to their rightful owners, all materials to their authors. If you are the owner of the content and do not want us to publish your materials on our website, please contact us by email – [email protected]. The content will be deleted within 24 hours.
best sports newsfeatureglassMinecraftMinecraft Guide for Beginnersnews update sportsnewsupdatesports news