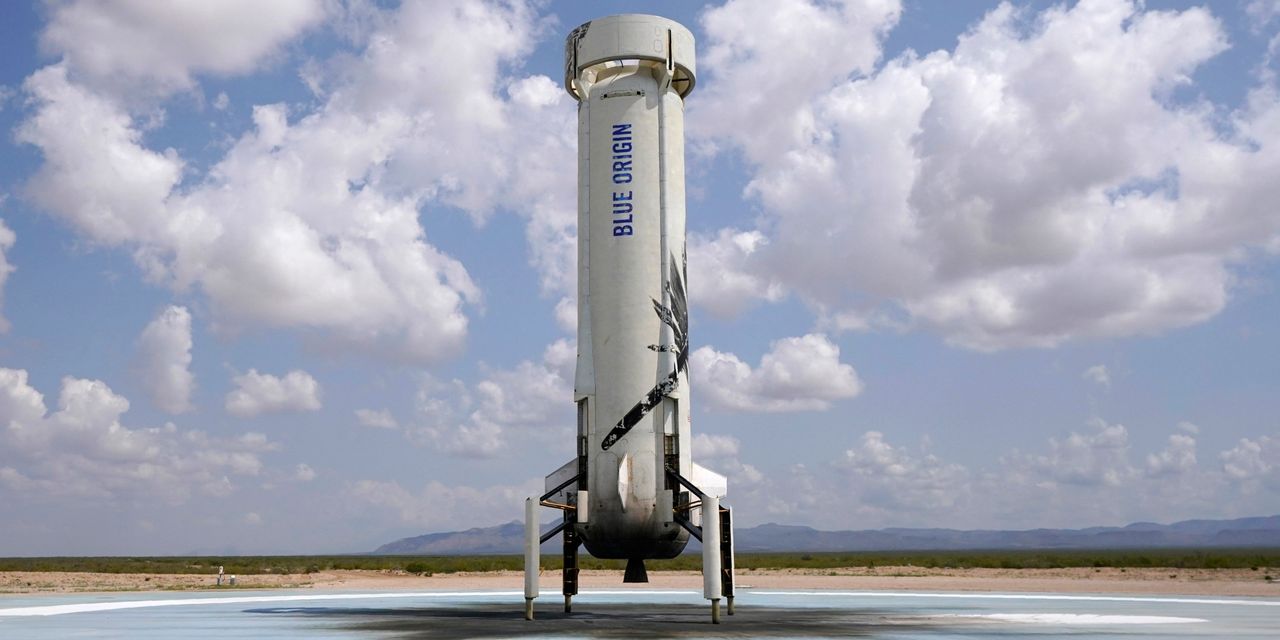 ’ space company said it would help to build a new space station, part of a growing bet by entrepreneurs and companies that many future orbital facilities will be privately owned and operated.

Blue Origin LLC said Monday it is working with a unit of Sierra Nevada Corp.,

and others to create a station that is meant to become operational in its initial form in the latter half of this decade. The planned facility, called Orbital Reef, will aim to generate revenue from government agencies and private-sector customers including entertainment companies and manufacturers, executives said during a briefing.

The venture including Blue Origin isn’t the only one aiming to run a facility in space. Last week, the space company Nanoracks said it was working with Voyager Space, its majority owner, and

to develop a station called Starlab. Axiom Space Inc. is also working on its own facility.

The push by companies to create their own facilities comes as the National Aeronautics and Space Administration prepares to wind down the International Space Station. The facility costs NASA up to $4 billion annually and will be structurally sound until 2028, though it can be used beyond that year, officials from the agency have said.

Earlier this year, NASA said it planned to award up to four contracts of at least $300 million each to support different concepts for commercially owned destinations in orbit. In a contracting document tied to that effort, NASA said it envisioned a future where the agency was one customer among many at privately held stations. A spokeswoman said the agency has received roughly a dozen proposals for station concepts.

Blue Origin’s space station venture has submitted a proposal for that opportunity, but plans to go forward with its facility regardless of what NASA decides, said Brent Sherwood, the company’s senior vice president of advanced development programs.

While the market for scientific research in orbit is understood, the levels of demand for facilities in space among other potential users isn’t clear yet, Mr. Sherwood said. The group will try to find customers among media companies, manufacturers and space tourists, among others.

“It’s time to test these other markets,” Mr. Sherwood said.

Nanoracks Chief Executive Jeffrey Manber said he thinks there will be six to 10 space stations focused on different market niches in the coming years. “We know there is a market,” he said during a recent interview.

Starlab, the facility Nanoracks is developing with Lockheed Martin, will combine space hardware with Nanoracks’ expertise in operating a research park that can attract customers and make the facility successful, Mr. Manber said.

The companies behind StarLab expect that station, which will include a laboratory for scientific research and manufacturing uses, to begin initial operations by 2027.

More WSJ coverage of space ventures, selected by the editors

Denial of responsibility! NewsUpdate is an automatic aggregator around the global media. All the content are available free on Internet. We have just arranged it in one platform for educational purpose only. In each content, the hyperlink to the primary source is specified. All trademarks belong to their rightful owners, all materials to their authors. If you are the owner of the content and do not want us to publish your materials on our website, please contact us by email – [email protected]. The content will be deleted within 24 hours.
aerospaceaerospace productsAerospace Products/PartsAerospace/DefenseAxiom SpaceBAbest technology newsBezos

Theon lives up to his billing in Indian St. Leger