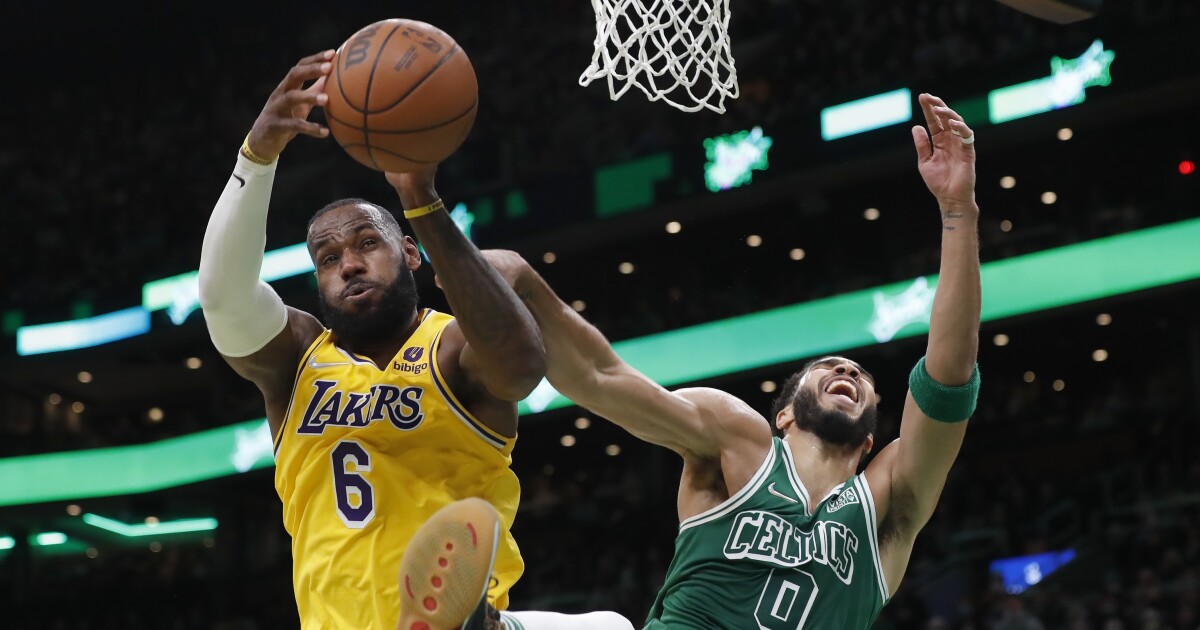 The return of LeBron James after missing eight games because of an abdominal injury was the good news for the Lakers.

Beyond James coming back, the rest of the news was all bad for the Lakers.

They basically got run off the TD Garden court by hated rivals Boston during a 130-108 loss that dropped them to 0-2 on this five-game trip.

James looked healthy during his 32 minutes of play, during which he scored 23 points and grabbed six rebounds.

He left the game for good with 4 minutes 26 seconds left in the fourth quarter and Al Horford shooting two free throws that completely closed the door on the Lakers, putting them in a 20-point hole.

James’ first basket of the game came on a cut to the basket and taking a pass from Talen Horton-Tucker, who was posted up on the left block, and throwing down a dunk with 9:29 left in the first quarter.

It was the first time James had scored in a game since he went down after the Lakers played the Houston Rockets on Nov. 2 at Staples Center, when he had 30 points and 10 assists.

James’ next basket was a 28-foot three-pointer, leading to a little shoulder shake and glance towards the Lakers’ bench.

Then there was a post-up basket and James taking a charge against former Laker Dennis Schroder later in the first.

James took his first rest with 5:04 left in the first quarter, his three-for-three shooting andseven points an impressive start.

The Lakers were 3-5 during James’ absence and are now 8-9 on the season.

They were unable to deal with Jayson Tatum, who burned the Lakers for 37 points and 11 rebounds.

Schroder did his thing against his former teammates with 21 points, six rebounds and six assists.

The Lakers had another dismal third quarter, getting outscored 33-21 to fall behind 93-82 entering the fourth.

It only got worse from there for the Lakers, who were led by 31 points from Anthony Davis.

Denial of responsibility! NewsUpdate is an automatic aggregator around the global media. All the content are available free on Internet. We have just arranged it in one platform for educational purpose only. In each content, the hyperlink to the primary source is specified. All trademarks belong to their rightful owners, all materials to their authors. If you are the owner of the content and do not want us to publish your materials on our website, please contact us by email – [email protected]. The content will be deleted within 24 hours.
best sports newsCelticscollapseJamesLakersLeBronnews update sportsnewsupdate

musk: What Elon Musk told Tesla employees about listening to music at work – Times of India