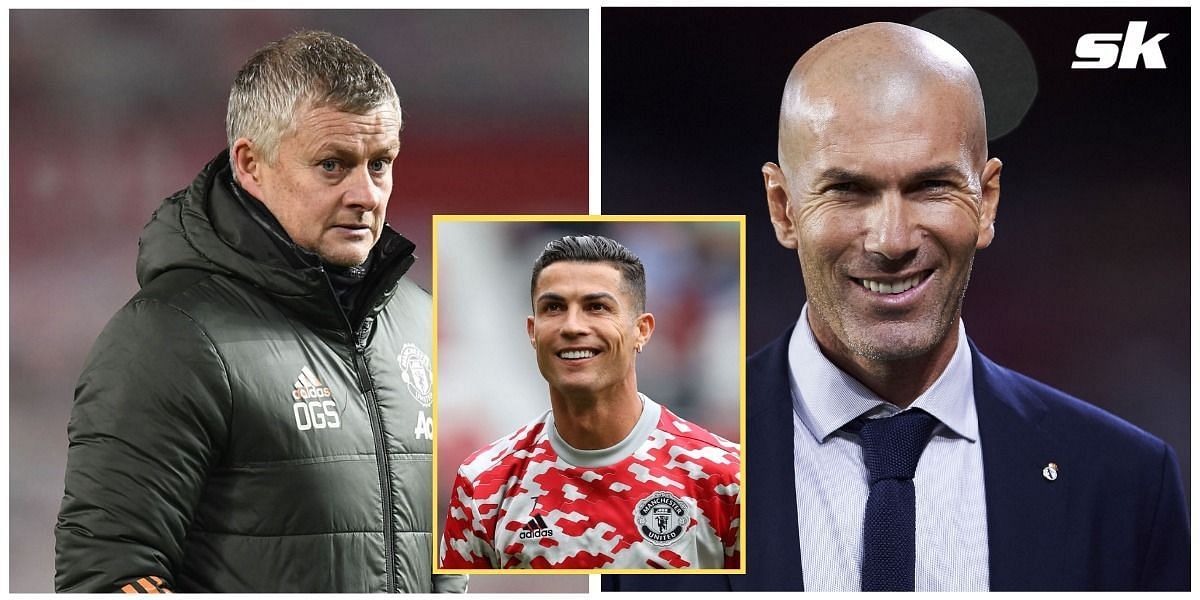 Manchester United have reached out to former Real Madrid manager Zinedine Zidane on the recommendation of Cristiano Ronaldo, according to El Chiringuito TV.

Red Devils manager Ole Gunnar Solskjaer has been under immense pressure following a winless streak of three games in the Premier League.

According to El Chiringuito TV, Manchester United have contacted Zidane in case they decide to sack Solskjaer in the near future.

A host of names have been linked to replace the Norwegian tactician, with Zidane and Antonio Conte being the most high-profile names in the mix.

However, if Manchester United want to get the best out of their current squad, Zinedine Zidane would be an ideal candidate.

The 49-year-old managed the likes of Raphael Varane and Cristiano Ronaldo during a Real Madrid spell which included three consecutive Champions League titles.

The Frenchman was also one of the reasons why Paul Pogba was rumored to be eyeing a move to the Bernabeu.

According to Gary Neville, Cristiano Ronaldo’s arrival at Manchester United has indirectly put Ole Gunnar Solskjaer under pressure. This is because the manager is now expected to win trophies with the club rather than finish in a Champions League place.

The Red Devils are currently without a league win in three matches. This barren run includes two defeats at the hands of Aston Villa and Leicester City and a 1-1 draw against Everton.

Coincidentally, Cristiano Ronaldo has failed to score a goal in any of those three matches. The last time he scored was against West Ham United in mid-September. That also happened to be the last time Manchester United secured all three points from a Premier League game.

Manchester United are now entering a difficult run of fixtures which will see them face Liverpool, Tottenham Hotspur, Manchester City, Chelsea and Arsenal in the coming weeks.

Defeat to Leicester today means Manchester United have just 1 point from their last 3 #PL gamesThe Red Devils’ next fixtures:Atalanta (H)
Liverpool (H)
Tottenham (A)
Atalanta (A)
Man City (H)Will Solskjaer still be in the United hot-seat come the end of this fixture run? 🤔

Denial of responsibility! NewsUpdate is an automatic aggregator around the global media. All the content are available free on Internet. We have just arranged it in one platform for educational purpose only. In each content, the hyperlink to the primary source is specified. All trademarks belong to their rightful owners, all materials to their authors. If you are the owner of the content and do not want us to publish your materials on our website, please contact us by email – [email protected]. The content will be deleted within 24 hours.
best sports newsCristianoCristiano RonaldoEPL 2021-22FootballManchesterManchester Unitednews update sports

Solar energy can be cheap and reliable across China by 2060, research shows