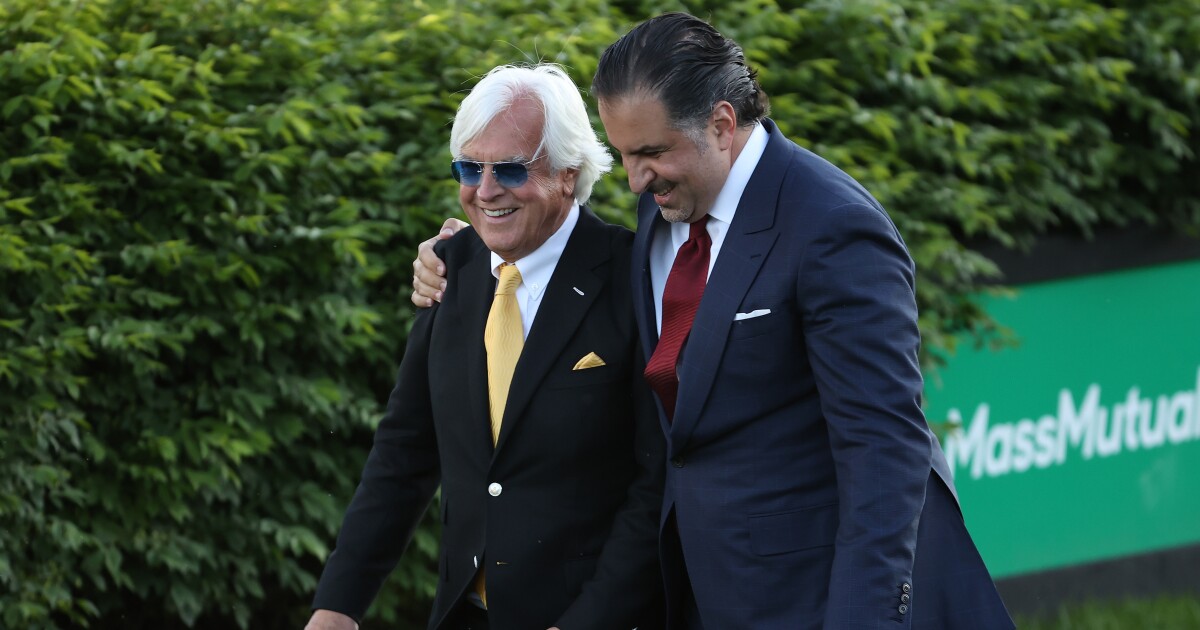 Few would blame Amr Zedan if he gave up on horse racing. One day he’s the winning owner of the Kentucky Derby. A week later he’s facing the disqualification of his horse. Seven months later his horse dies. And, amid all this, his trainer is banned for two years from Churchill Downs and the Kentucky Derby.

But yet, he is back at Churchill Downs with a different trainer and a horse named Taiba, who is drawing some buzz if for no other reason than having raced only two times. It’s also a horse his new trainer and racing manager didn’t want to run in the Santa Anita Derby.

“I walk in with no ill feelings toward Churchill about anything,” Zedan said from his home in Jordan before his scheduled arrival in Louisville on Thursday night. “Horses are a major part of my nature and my modus operandi is to fly at a higher altitude. Let the chips fall where they may. Focus and keep walking.”

That’s not to say there isn’t residual emotions after Medina Spirit won the Kentucky Derby only to be disqualified nine months later for a medication violation of a legal anti-inflammatory that trainer Bob Baffert and his attorneys are still litigating.

“To win was phenomenal,” said Zedan, a Saudi venture capitalist who was born in Los Angeles. “The kid had a heart that was bigger than his pedigree and his size. It was the highest of highs and then the lowest of lows. We didn’t do anything wrong, the whole team did nothing wrong. There is a lot of jealousy over Bob’s success. There are those who look for any minor detail against Bob. They took down the horse and Bob at the same time.”

Then things went from bad to unthinkable.

While completing a five-furlong work at Santa Anita on Dec. 6, Medina Spirit collapsed and died on the track. A necropsy gave no definitive cause of death, which is not unusual, but everything was consistent with a heart attack.

“Instead of everyone consoling me, I was having to do all the consoling,” Zedan said. “[Racing manager] Gary Young was shattered, Bob was destroyed. The whole team was devastated. I thought my role was to console everyone else.”

“He was very honorable in how he conducted business. The results speak for themselves. It just hurts me to see a good man tarnished.”

It’s never easy to recover from any death, but new found success certainly can mitigate matters.

In strode Country Grammer, whose path to stardom was also a bit rocky.

He was bought by WinStar Farm in a dispersal sale and moved to Baffert’s barn. He ran second in the California Stakes and then won the Hollywood Gold Cup. Zedan then joined the ownership group.

The horse was sent to New York but injured his ankle and was off the track for eight months before running a strong second in the $20 million Saudi Cup. One month later he won the $12 million Dubai World Cup.

“Bob did a hell of a training job, which is easily demonstrated by how he got Country Grammer off the bench [and ran so well in Saudi Arabia and Dubai],” Zedan said. “He was a resurrection of Medina Spirit, he had that heart. None of this would have happened if the team didn’t stick together. Horses do bring people together.”

Zedan and Baffert have established a strong friendship since a chance meeting at the Dubai airport in 2018. It was then that Zedan, who previously was an unsuccessful horse owner, got Baffert on board to try to get a Kentucky Derby horse.

“When him and I started racing together, he would call me and his decisions would save me money in buying horses,” Zedan said. “He would come in and say ‘Don’t buy that horse’ as if it was his own money. You don’t often see that level of honesty and integrity. He was very honorable in how he conducted business. The results speak for themselves. It just hurts me to see a good man tarnished.”

Baffert is equal in his respect for Zedan.

“As a lifelong horseman, Amr is not only incredibly passionate about the sport of horse racing, but the horses as well,” Baffert said from his home in Altadena. “Over the last year, he has handled a very difficult situation with patience and grace. Amr is a standup guy and I’m proud to call him a friend.”

“We’re just focused on climbing a mountain with Taiba. He’s made history. Anything he accomplishes beyond the Santa Anita Derby is gravy. We just keep walking and moving.”

All of which brings things back to Taiba, a $1.7 million purchase. Baffert, who helped buy him, sent the horse out in his first start, which he won by 7½ lengths. But for Taiba to be eligible to run in the Kentucky Derby he had to get qualifying points and any Baffert horse was ineligible.

So, Zedan looked to Tim Yakteen, a former Baffert assistant.

“[Zedan] called me but I didn’t answer it,” Yakteen said. “I didn’t recognize the number. So, then he texted me and I called him back immediately.”

Yakteen and Young did not want to run in the Santa Anita Derby but were overruled by Zedan. The horse won by 2¼ lengths over stablemate Messier, who is also in the Kentucky Derby.

“Tim is a phenomenal trainer and has worked with the best trainers in the world,” Zedan said. “You would naturally think coming off a maiden race that you wouldn’t throw him in the deep end. We all knew the talent was there and I just consulted with everyone, Gary included, and everyone did not want to go to the Santa Anita Derby. They said he had the talent and wanted to take baby steps and go to the Lexington, Saratoga and the Haskell, the Arrogate route.

“I said his talent can compensate for experience. And, with all due respect, he showed he had the talent.”

Regardless of how Taiba runs Saturday, Zedan has used Taiba as an another antidote for the lowest of lows.

“This is movie worthy, right?” Zedan asked. “We walk in very blessed to be able to go back to the Derby. We’re just focused on climbing a mountain with Taiba. He’s made history. Anything he accomplishes beyond the Santa Anita Derby is gravy. We just keep walking and moving.”

If Taiba truly is a movie script in the making, he will be the first horse to win the Derby with only two starts since Leonatus. That was in 1883.

Denial of responsibility! NewsUpdate is an automatic aggregator around the global media. All the content are available free on Internet. We have just arranged it in one platform for educational purpose only. In each content, the hyperlink to the primary source is specified. All trademarks belong to their rightful owners, all materials to their authors. If you are the owner of the content and do not want us to publish your materials on our website, please contact us by email – [email protected]. The content will be deleted within 24 hours.
Baffertbest sports newsBobChurchilldownsholdsIllMedina

The One Failure That Changed Steam Forever

Stone Cold Steve Austin Stuns Us With A Zelda Reference