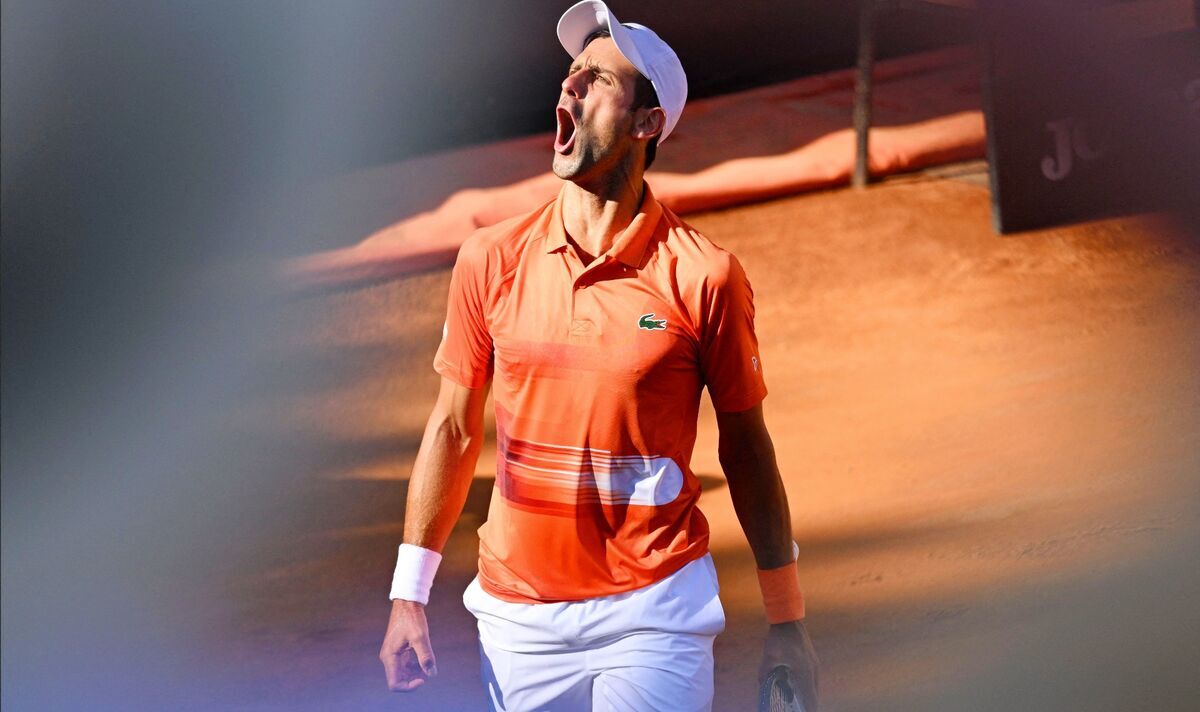 Novak Djokovic has won his first title of the year with a 6-0 7-6(5) victory over Stefanos Tsitsipas in an hour and 36 minutes. The world No 1 was 2-5 down in the second set before he mounted an impressive comeback to win a record-extending 38th Masters 1000 title and his sixth in Rome.

Djokovic and Tsitsipas were facing off for the sixth time and the first since last year’s French Open final, in which the Greek blew a two-set lead for the world No 1 to clinch what was his 19th Grand Slam title. Tsitsipas had never beaten the Serb on clay and started slow in his quest for the Italian Open crown.

It was one-way traffic from the off, as top seed broke to love in the very first game of the match. He then failed to drop a game for the rest of the set, breaking Tsitsipas from 30-40 in the Greek’s next service game as the fourth seed received a racket abuse warning while 0-3 down at the change of ends.

He was then able to save two break points when 15-40 down on his next service game but it was all Djokovic, who set up a third break point and converted it to go 5-0 up and serve for the opener. The top seed closed out a perfect 6-0 set in exactly 30 minutes, before Tsitsipas finally got himself on the board by opening the second set with a hold as the crowd erupted in support.

JUST IN: Murray withdraws from French Open as Wimbledon proirity despite threat

The 23-year-old had firmly settled into the match as he held again and sat down 2-1 up on serve at the change of ends. As both players approached the baseline to continue the set, the Court Centrale crowd chanted Tsitsipas’ name, clearly spurring on the eight-time title winner as he finally got his first break of the match to lead 3-1 in the second, and held on to widen the gap at 4-1.

Djokovic was then leading 30-0 on his serve at 1-4 down when the first-time Italian Open finalist won three points in a row to set up another break point but the top seed saved it with a booming backhand and managed to hold for 2-4 after a six-minute game. With the Serb now the one struggling, the crowd began chanting “Nole”.

Tsitsipas was two points away from taking the set at 5-2 on Djokovic’s serve but the five-time former champion got himself right back in the match, holding on and breaking his opponent as the fourth seed served for it. The world No 1 completed his third game in a row to get things level at 5-5. As the 23-year-old held for 6-5, the crowd changed sides again as the chanted a combination of both players’ names.

Denial of responsibility! NewsUpdate is an automatic aggregator around the global media. All the content are available free on Internet. We have just arranged it in one platform for educational purpose only. In each content, the hyperlink to the primary source is specified. All trademarks belong to their rightful owners, all materials to their authors. If you are the owner of the content and do not want us to publish your materials on our website, please contact us by email – [email protected]. The content will be deleted within 24 hours.
Beatbest sports newsDjokovicItaliannews update sportsnewsupdateNovakOpen