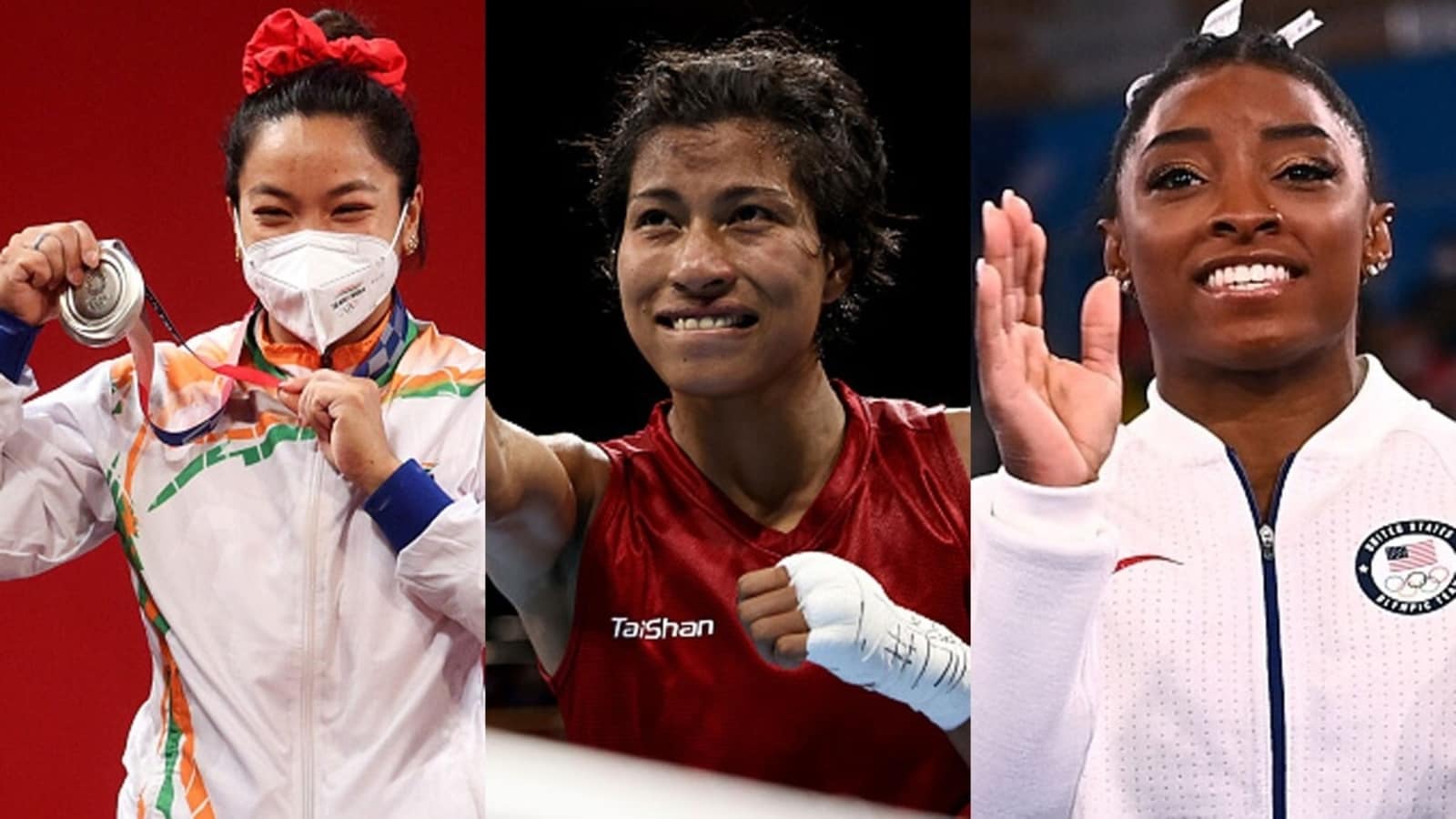 Think of the names that grabbed your attention or left you mesmerised during the first week of the Olympics, and chances are these will be high on your list.

Woman power is on full display in Tokyo.

The Tokyo Olympics have been billed by the International Olympic Committee (IOC) as the first gender-balanced Games in history, with nearly 49 % of the participating athletes women. Apart from the volume, women are also shifting the balance of the spotlight towards them. The Games, for long largely about the legends of Carl Lewis and Michael Phelps and Usain Bolt, are now as much about Titmus and Biles, as they are about Djokovic.

The trend is the same closer home. Of the 127 athletes wearing India colours at these Games, 56 are women. Two of them are already medal winners, India’s only ones so far. Beyond Tokyo, women athletes have provided India cheer going back to the 2012 London Olympics. Six of India’s last eight medal winners have been women — Saina Nehwal (bronze, 2012), Mary Kom (bronze, 2012), Sakshi Malik (bronze, 2016), Sindhu (silver, 2016), Chanu (silver, 2021) and Borgohain, who is guaranteed a bronze, but could well change the colour.

Rewind to the first medal day of these Games, when most Indians woke up early on a Saturday to an alarm of optimism that Chanu would open India’s account. The 26-year-old lifter, cool as ice while lifting, delivered just what was expected — a silver; becoming the second Indian female weightlifter, after Karnam Malleswari, to win an Olympic medal. “You have taken the legacy forward of the weightlifting sport and inspired future champions, which has always been my endeavour,” Malleswari, the 2000 Sydney bronze winner tweeted.

Days after the feat, a video went viral on social media of the young daughter of international lifter Satish Sivalingam, dusting powder off her hands, lifting a set of weights against the backdrop of Chanu’s Tokyo highlights running on TV.

That also goes for Borgohain, who locked in India’s second medal. Or Sindhu, who is looking good for a second Olympic medal. Or CA Bhavani Devi, who won a match as the first Indian fencer ever at the Olympics.

Even across countries, women are at the forefront of many a first in Tokyo. Triathlete Flora Duffy gift-wrapped a maiden gold medal for Bermuda, the tiny Atlantic island with a population of around 63,000 now having the distinction of being the smallest country with a gold medal in the history of the Games. “I really just hope it inspires the youth of Bermuda that we’re from a small country, but that doesn’t mean we can’t do great things on the world stage,” Duffy told CNN.

Also doing great things: Schoenmaker, the South African who smashed the long-standing women’s 200m breaststroke world record with an “unreal” time of 2:18.95; Polina Guryeva, the weightlifter who pulled off the first-ever Olympic medal for Turkmenistan; Yui Ohashi, the two-time gold medallist swimmer who overcame the gloom of depression to shine, becoming the first Japanese woman to win multiple gold medals in a single edition.

Also winning multiple gold medals: Ariarne Titmus, the 20-year-old who is walking the talk of a riveting rivalry with Ledecky, the American giant whom the Aussie has beaten in the 200m and 400m freestyle. Missing Usain Bolt vs Justin Gatlin on the track? Titmus and Ledecky have taken care of that in the pool in Tokyo. Vivianne Meidema, the Dutch women’s football team striker who plays for Arsenal Women in England’s WSL, had pumped in 10 goals by Friday.

Also creating history in the waters: Jessica Fox, who won gold in the women’s canoe slalom, an event where women competed for the first time after the Australian paddling icon led the campaign for its inclusion in the Olympics. “(I’m) grateful to all the women, all the coaches, all the people who lobbied for gender equality in our sport,” Fox said after her win.

The stories go beyond history, triumph and jubilation. They are as much about imperfections, which Biles — considered the closest to perfection in gymnastics — hasn’t shied away from bringing to the centre stage. The 24-year-old, battling sexual misconduct in the US gymnastics set-up and racism in her country for years, is battling mental health in Tokyo. The four-time gold medallist at Rio pulled out of the team and all-around events at a Games that were supposed to stamp her legacy as the GOAT of the sport; even for those who swear purely by medals and numbers. Biles has taken a stand few have felt comfortable taking before — that it is OK to put mental well-being above records even in the middle of the biggest sporting spectacle; to look inward even when the whole world is looking at you; to take a step back even while eternal greatness is beckoning.

Osaka, another global sporting icon, too, didn’t hesitate to take a step back when, at the French Open in May, she opted for a brief sabbatical from tennis to attend to her issues with mental anxiety. Yet, there she was a couple of months later in Tokyo — given the honour of lighting the Olympic cauldron in the opening ceremony at home, flashing a smile and playing some tennis again.

At these Games, women have taught us every facet of sport: you can win, you can lose, you can inspire, you can pause, and you can return stronger.

Denial of responsibility! NewsUpdate is an automatic aggregator around the global media. All the content are available free on Internet. We have just arranged it in one platform for educational purpose only. In each content, the hyperlink to the primary source is specified. All trademarks belong to their rightful owners, all materials to their authors. If you are the owner of the content and do not want us to publish your materials on our website, please contact us by email – [email protected]. The content will be deleted within 24 hours.
Loading...
best sports newsLovlina Borgohainmirabai chanunews update sportsnewsupdateOlympicsSongsports news

How will machine learning change science?