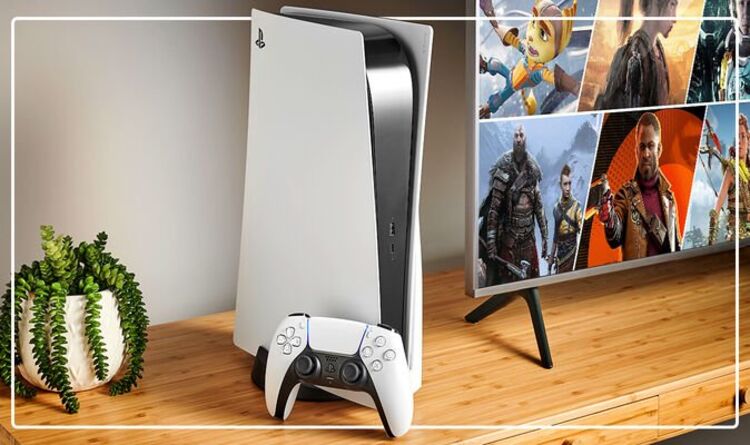 This article contains affiliate links, we may receive a commission on any sales we generate from it. Learn more

The PS5 is a massive upgrade …quite literally. Standing at almost half a metre tall (39cm) and weighing 4.5kg, the PlayStation 5 is one of the biggest and bulkiest gaming machines around. For our money, the gargantuan PlayStation 5 is also one of the ugliest consoles we’ve ever plugged into an HDMI port. Thankfully, it’s versatile enough to be stood up or laid flat, which means you’ve got a better chance of hiding it from sight.

Those with (very) limited space in their TV cabinet might want to hold off for the inevitable PS5 Slim refresh in the next few years …those who plump for the current PS5 design will be rewarded with a stellar gaming experience. While the outside might not be much to look at, the PlayStation 5 completely performs where it really matters.

What We Didn’t Love

Load times are almost non-existent – so make sure you grab snacks before you switch on the console, as there’s no downtime from the dashboard to the lobby of your favourite title. Ray-tracing adds a new level of realism to games and with Unreal Engine 5 games on the horizon, PS5 visuals are only set to get better in the coming months and years.

But it’s the all-new DualSense PS5 controller that really sets the PlayStation 5 apart. The futuristic controller uses advanced haptic feedback technology to replicate the feeling of whatever is happening on-screen – so you’ll feel the pitter-patter of rainfall or the rumble of an engine in the palm of your hands. The adaptive triggers also play an important role in immersion, with varying levels of resistance based on your actions in-game.

The whole experience of using the DualSense controller is quite literally sensational. Provided that PS5 games continue to support this clever functionality, the DualSense could be a real game-changer for this console generation.

PlayStation 5 is a powerhouse new console with one of the best controllers we’ve ever used and a steady stream of quality titles should be more than enough to keep you busy. Sony’s latest console might not be much of a looker, but if you can overcome this (superficial) nitpick, you’ll find the PS5 is a fresh and exciting console that truly feels like a next-gen device. Highly recommended.

After making us wait for what seemed like an eternity, Sony finally unleashed its next-gen PS5 console in November 2020. Thankfully this all-new console was well worth the wait – Sony’s latest machine is a seriously big upgrade …quite literally.

There are two different PS5 models available at launch, although the differences between the two are more straightforward than picking between the Xbox Series X and Series S.

PlayStation 5 customers can pick up the new console with an Ultra-HD optical disc drive for £450/$499 (this is the one we’ve reviewed here), or without a disc drive for £360/$399. There are no differences in how the games look or play …the cheaper model simply cannot play discs. That means you’ll have to buy games direct from the PlayStation Store and download them to the console.

The disc-free model is also lighter than its more expensive counterpart, although, at around 4kg, it’s still one of the biggest and bulkiest gaming machines around.

Of course, this pales in comparison to the model with the disc drive, which weighs in at just under a stone with the base attached. If the Xbox Series X looks like a fridge, then the PS5 looks like it ate everything in it.

I think the inevitable PS5 Slim update will be a popular choice with fans, because the gargantuan PlayStation 5 launch model is just plain ugly. At least it’s versatile enough to be stood up or laid flat, which means you’ve got a better chance of hiding it from sight.

On the plus side, the PS5 console is extremely quiet, and in my experience at least, doesn’t seem to generate much heat, especially compared to the Xbox Series X.

Indeed, minus a few minor quibbles with the user interface and whatnot, there’s very little to dislike about the PS5. Unlike Microsoft’s one ecosystem to bind us all approach, the PS5 feels like a true next-gen upgrade, where everything has been redesigned and revamped.

Whether you decide to stand it up or lay it on its side… the PS5 is humongous (Image: GETTY)

This includes the slick new home screen, which doesn’t just look fantastic, but is quick and easy to navigate. The main home screen displays a selection of your most recently played games, complete with high resolution background images and separate music for each individual title.

Game tabs are bookended by the Library icon and PlayStation Store, the latter of which being fully integrated into your home screen for even speedier navigation. If I was being really picky (and I am), I’d like more dashboard customisation options and game folders, but other than that, I really like the user interface. It’s smooth, stylish and feels well put together.

This speed and smoothness likely has something to do with the console’s solid state drive (SSD), which makes everything run that little bit faster.

The benefits of the solid state drive are clear to see when you fire up a game and don’t have to wait minutes for it to load. Fortnite, for example, takes around 30 seconds to get from the PS5 dashboard to the game lobby. This is something that would have taken a good couple of minutes in the first iteration of the PS4.

Then there are games like Demon’s Souls, where you die and restart in next to no time at all. This is a pretty big deal in a game where you’ll die a lot – remember how annoying this was in Bloodborne?

Loading times in older games vary from title to title, with fast travel and restarts taking anywhere between 5-10 seconds in games like Ghost of Tsushima, Days Gone and Tony Hawk’s Pro Skater 1+2. Not only do the games run faster, but they also perform much better. Indeed, once you start playing games at a consistent 60 frames-per-second, it’s hard to go back to anything less. I found this when flitting between performance and resolution modes in Godfall, where performance wins all day long.

A good example of this is Demon’s Souls, where the clarity in distant buildings and mountains is unbelievable. Character models and environmental details aren’t bad either. Even something like Fortnite looks a lot better on PS5, with massively improved textures, water effects and draw distances that better showcase the map.

With support for ray-tracing technology, PS5 games will also feature more realistic lighting and reflections. This is especially evident with all the skyscrapers in Spider-Man Miles Morales, or the puddles in Devil May Cry 5: Special Edition.

If you’ve ever thought about investing in a top-of-the-range TV, now is the time.

As you can probably tell from the games I’ve mentioned already, the PS5 launch line-up is pretty special, especially if you include backwards compatible games available as part of the PlayStation Plus Collection. Demon’s Souls is my favourite of the bunch, but I’ve also enjoyed my time with Godfall, Spider-Man: Miles Morales, Sackboy: A Big Adventure and the absolutely sublime Astro’s Playroom.

Seriously, not since Wii Sports has a game done a better job of showcasing a new console than Astro’s Playroom.

This delightful 3D platform game – which is free for all PlayStation5 console owners – is basically a demo for the game-changing DualSense controller. From a design standpoint, Sony’s new controller isn’t too dissimilar to its PS4 predecessor, featuring the same layout as before.

It’s slightly bigger and heavier (seemingly core to the design philosophy behind the PS5…) but not enough to make it any less comfortable – unless you’ve got really small hands.

Aside from the white and black colour scheme, the biggest differences aren’t what you see, but rather what you feel. The controller’s advanced haptic feedback technology means that if your character is skating on ice, for example, you can actually feel it through the controller.

Ditto for blasts of wind, rain, sand, snow, hail, grass and pretty much everything else you can think of. It’s quite literally sensational.

Adaptive triggers also play an important role in creating immersion, with varying levels of resistance based on your actions. In Astro’s Playroom, the level of resistance increases when you’re pulling back on a bow. Where I see adaptive triggers being more divisive is in multiplayer shooters like Fortnite, where increased trigger resistance may put you at a disadvantage.

I think the increased resistance coupled with the haptic feedback makes shotguns and pistols feel weightier and deadlier – and as a result, more satisfying – but it does feel slightly slower. Fortunately, most games let you customise your controller settings, so it’s largely a non-issue. It may even be one of perception rather than an actual reduction in firing speed.

Based on my time with Astro’s Playroom, I think the DualSense is the most exciting thing about the PS5, and I can’t wait to see how upcoming games utilise the controller. Weapon jamming in Deathloop is another stellar showcase of this innovative technology.

I’ve also read conflicting reports about the DualSense battery life, which in my experience (playing a combination of new and backwards compatible games) runs for 7-8 hours. No complaints from me.

Indeed, the only real complaint I’ve got about the next-gen PlayStation is the way it looks, and I’m not exactly in a position to criticise something for being ugly. From the launch line-up to the loading times, DualSense to the dashboard, the PS5 is a fresh and exciting new console that truly feels like a next-gen device.

Denial of responsibility! NewsUpdate is an automatic aggregator around the global media. All the content are available free on Internet. We have just arranged it in one platform for educational purpose only. In each content, the hyperlink to the primary source is specified. All trademarks belong to their rightful owners, all materials to their authors. If you are the owner of the content and do not want us to publish your materials on our website, please contact us by email – [email protected]. The content will be deleted within 24 hours.
beastlybeautifullybest games newsconsoleControllergame updategames newsnews update games

What’s Going To Happen To The Millions Of Electric Car Batteries After Their Lifespans End?

These Zelda And Super Mario Switch Controllers Are Available For Cheap