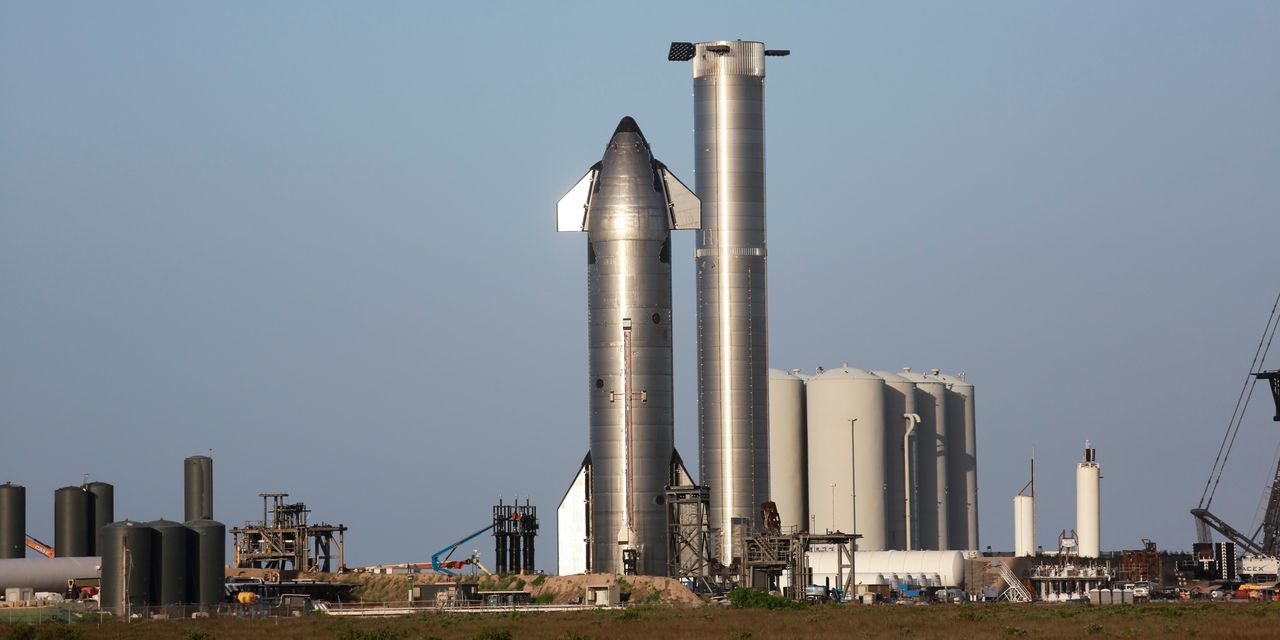 SpaceX moved closer to trying to blast its massive Starship vehicle into orbit, after U.S. aviation regulators concluded that the company’s plans wouldn’t have a major environmental impact near its South Texas launch site.

The Federal Aviation Administration’s decision is a win for the

-led company as it works to show the rocket system can work as expected. SpaceX has said that Starship, which consists of a vessel that goes by that name and the towering Super Heavy booster, would be the most powerful launch vehicle ever created.

SpaceX aims to use the system to deploy satellites for its Starlink satellite-internet service and to conduct deep-space missions, among other potential flights, the company has said. For orbital missions, the Starship spacecraft would be stacked on top of the Super Heavy booster, which would initially power the vehicle to space.

The FAA delayed releasing the final version of its assessment as the agency reviewed thousands of public comments about the plans, including some urging the regulator to conduct a more intensive review. The agency also said SpaceX must still obtain a separate launch license for Starship operations.

Space Exploration Technologies Corp., as the company is formally called, said in a tweet that the decision meant the company is now nearer to conducting the first orbital flight test of Starship. The company didn’t respond to a request for further comment.

SpaceX hasn’t detailed how much it is investing in the Starship program, but the privately held company disclosed in a securities filing Monday that it raised almost $1.7 billion in new funding during an equity sale that began late last month.

The company has some clients lined up to use Starship. The National Aeronautics and Space Administration last year awarded SpaceX a $2.9 billion contract to transport astronauts to the surface of the moon using a version of the vehicle, while a Japanese billionaire plans to fly by the moon with a crew on Starship during a weeklong trip, according to SpaceX’s website.

SpaceX has already flown shorter, suborbital tests of its Starship spacecraft in Texas. Those were permitted under a separate FAA license.

The company plans up to five orbital Starship launches a year, according to the final environmental assessment the FAA released Monday. SpaceX is proposing to conduct additional suborbital launches using just the Starship spacecraft, the assessment says.

SpaceX has developed facilities in South Texas to support Starship, including a control center for launches and a launching area located east of Brownsville, Texas, near the Gulf of Mexico. During the FAA’s review, it pulled back on building some proposed infrastructure, including a desalination plant and a power plant, according to the FAA assessment.

Some residents living near the Texas sites SpaceX is using for Starship have said they believe the FAA, which regulates commercial-space launches, should conduct a more intensive review of the company’s plans. The project has won support from others in the region.

The FAA said that SpaceX must take more than 75 actions to mitigate the effects of Starship launches. The agency’s assessment, for example, says SpaceX will continue contracting with a biologist to conduct monitoring of vegetation and birds near the launch area.

SpaceX is attempting to make the rocket system fully and rapidly reusable, Mr. Musk said at a presentation about Starship in February. “We obviously need to accomplish that—that’s not done yet.” he said then.

Denial of responsibility! NewsUpdate is an automatic aggregator around the global media. All the content are available free on Internet. We have just arranged it in one platform for educational purpose only. In each content, the hyperlink to the primary source is specified. All trademarks belong to their rightful owners, all materials to their authors. If you are the owner of the content and do not want us to publish your materials on our website, please contact us by email – [email protected]. The content will be deleted within 24 hours.
aerospaceaerospace productsAerospace Products/PartsAerospace/DefenseAir TransportAircraft EnginesAirlinesbest technology news

In Qatar’s World Cup Summer, the Mercury Rises and the Clock Ticks