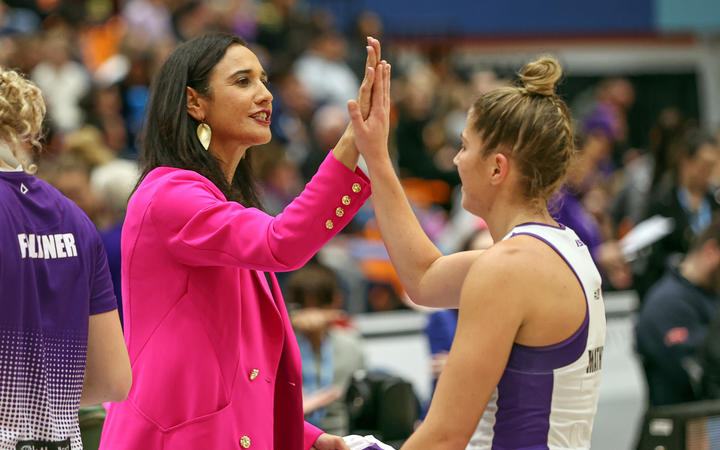 Stars’ coach Kiri Wills will approach retired Silver Ferns to get her side through the ANZ Premiership if Omicron wreaks havoc on the domestic netball league.

With the latest modelling suggesting that the Omicron outbreak is likely to peak in mid to late March, and the season due to start on the 13th of March, the timing couldn’t be worse.

“I am forming a list of players …the Pulse already picked up Erikana Pedersen. I had her on my list of what players are out there who aren’t contracted, who I might call on,” Wills said.

“You know you’ve got the likes of Temalisi Fakahokotau, we may even get Leana de Bruin to pull her boots back on, or Storm Purvis. In my mind I am compiling this list of when it gets down to it, who can we call.

“You can’t just walk onto an ANZ Premiership court without doing the work and so they’ll be fit, it’s just a matter of giving a heads up ‘hey guys you might want to think about doing a little bit of this because you might get the call’.

“They’ll probably tell me no but I’ve got to have that conversation, we’ve got to be ready.”

De Bruin retired at the end of the 2019 Stars’ season, while Purvis hung up her netball shoes a year later. Fakahokotau was contracted to the Pulse this year but pulled out of the season so she could spend more time with family.

Wills was relieved that Netball New Zealand had been able to get a supply of RATs (rapid antigen tests) and they were on their way to the six franchises.

“That will mean we can try to get more practice games against our NNL [National Netball League] side and bring some of the men in and things like that to make up for those things that we have lost.

“It’s quite reassuring actually …we’re sitting in Auckland going ‘oh my goodness we need these tests and we need them now’.” 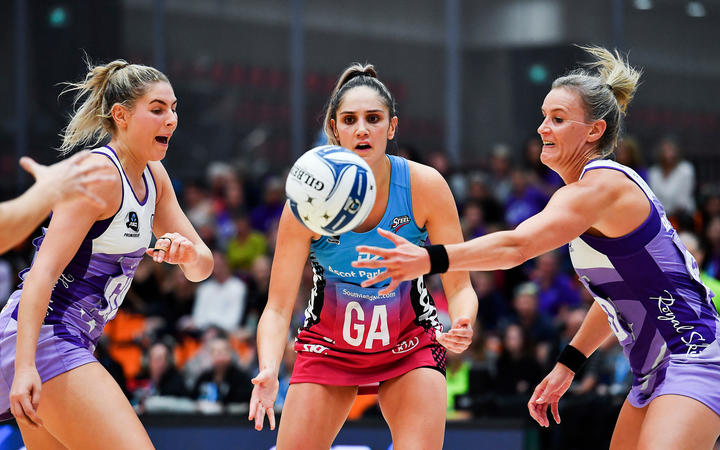 “Obviously we’re doing a whole lot of things within the ANZ Premiership environment to manage risk – the standard public health steps to try and keep Covid out of the environment, but this is another layer of protection where we can do some proactive screening and try and protect those environments a little bit more,” Hansen said.

Netball New Zealand has also been consulting with the franchises to develop protocols, such as establishing a line where if a certain amount of players in a team came down with Omicron, fixtures would be postponed.

“We’re trying to think of different scenarios …so we’ve planned for that if it should occur and we’ve set aside some windows to move fixtures to if we need to.”

“Depending on where that line is drawn, let’s say it’s three – if you had all three of your shooters in your squad out, that’s quite a hard hole to fill.”

Wills said franchises would dip into the NNL that sits just below the Premiership.

“We’ve got some really good players in our NNL team so we’re quite confident in that group below coming through. It’s just how deep can you go and how prepared are those players to come into your space when you’re actually restricted on how much you can do with them in this period as well.

“The ANZ Premiership and getting games out there is the priority so we’re doing everything we can to try to give those players that are underneath our squad exposure so that they can step up. Four of our Comets players got court time recently against the Magic.” 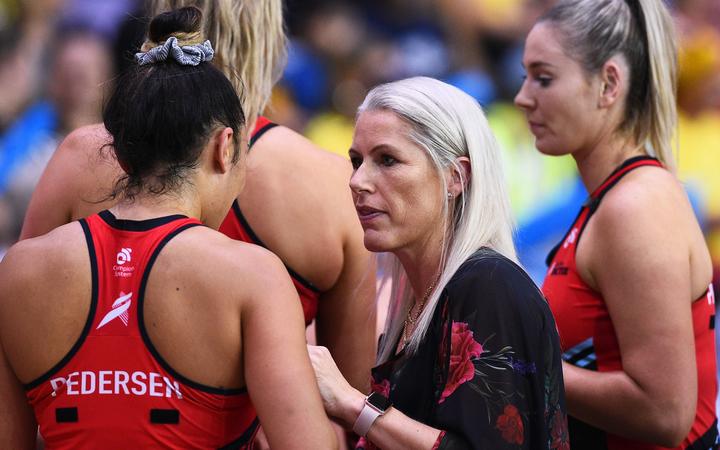 Wills said the high performance community would have to work together to get through the Omicron outbreak.

“We want to have the best players in the league out there and putting the product on court.”

Mainland Tactix coach Marianne Delaney-Hoshek said they had to plan for more than just the absence of players.

“We have a whole network of support ready to go for whatever role is needed so from coach right down to analyst. We’ve got to have all these plans A, B, and C,” Delaney-Hoshek said.

“If one person in our team gets Covid then everyone becomes close contacts and then there’s quite a long time that you can’t train and things like that.”

Delaney-Hoshek said she had made contact with a few players that “have been there and done that.”

Normally the teams would be getting a last hit-out at the annual pre-season tournament in Otaki this weekend, but the event was cancelled in order to help protect the start of the ANZ Premiership season.

That led to the decision to create a three-week window prior to the start of the league, where teams are not able to play each other. 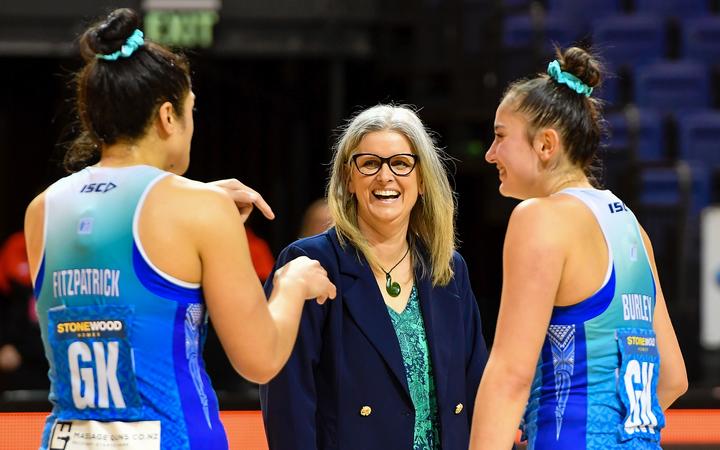 But the Stars’ coach said they had only managed to get two pre-season games against the Magic.

“Because Netball New Zealand put a line in the sand of the 20th of February it meant that games we had planned against the Mystics were cancelled, which we’re pretty disappointed about.

“We’re in the same city, we wouldn’t have had to travel to play each other and we could have RAT tested before we went in.”

Wills said the players were staying in their home bubbles as much as they could to minimise risk.

“I’m also a realist and I think it’s likely that we will get Covid at some stage during pre-season or the season.”

Northern Mystics’ coach Helene Wilson said their pre-season had been affected most weeks because of the nature of how Covid was affecting the general population in Auckland.

“The mantra in our team at the moment is it will take more than a top seven players to get through this season. It will be the team that’s able to adapt and play with the players available that will come out on top,” Wilson said.

The defending champions have had four Silver Ferns return to the mix following the Quad Series and managed isolation. In line with return to play protocols they are yet to play a full 60 minutes.

“It’s a little bit unknown …it might be a little bit of coaching in the moment and getting used to each other in that first game of the season.”

Wills said time together as a full squad was at a premium.

“I’ve just said to the girls if we’re all together at once we should celebrate because we haven’t been yet because we’ve had people out for different reasons and isolating and that kind of thing.

“I said treat every training like it’s your last because you never know it might be before you head into the Premiership.”

Denial of responsibility! NewsUpdate is an automatic aggregator around the global media. All the content are available free on Internet. We have just arranged it in one platform for educational purpose only. In each content, the hyperlink to the primary source is specified. All trademarks belong to their rightful owners, all materials to their authors. If you are the owner of the content and do not want us to publish your materials on our website, please contact us by email – [email protected]. The content will be deleted within 24 hours.
Audiobest sports newsCallCoachCurrent AffairsFernsNewsnews update sports