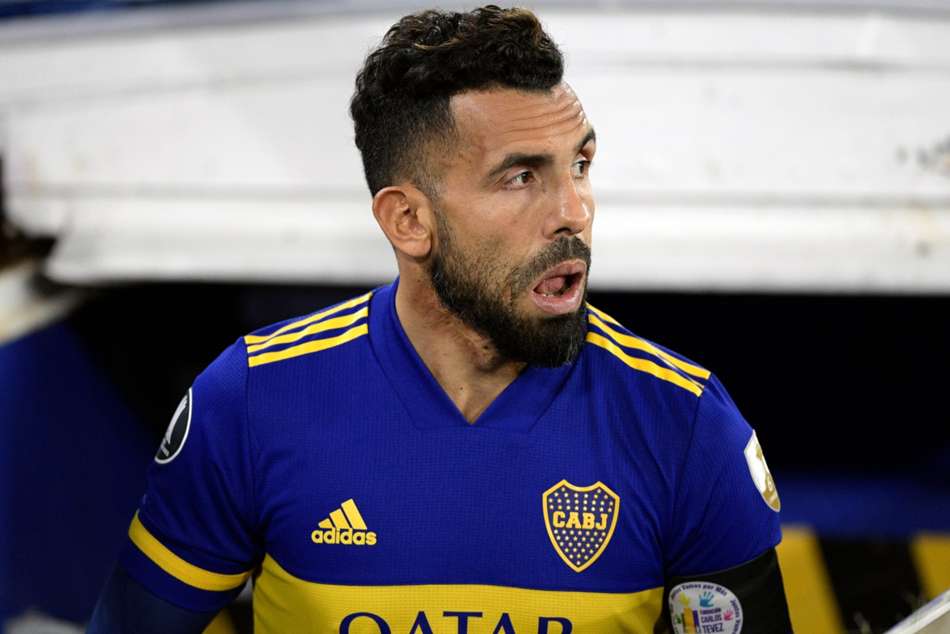 Tevez makes Boca exit with nothing more to give

Tevez returned for a third spell with Boca in 2018 and helped the famous club win the Argentinian Primera Division title last year.

There were reports that Tevez, who was rocked by the death of his father in February, would retire on Friday but the 37-year-old revealed he was leaving Boca rather than calling time on his career.

The former Argentina international, who made his Boca debut aged 16, said: “I thought this moment would never come, but here I am. It will be very difficult to speak to them [Boca fans], but here I am to tell them that I will not continue at the club.

“It is not a farewell, but a see you soon, because I will always be there for the fan and for the Xeneize people, no longer as a player, but as the Carlitos of the people.

“Tell them that I am full and full with this decision because I no longer have anything else to give, as a player I gave it and for that I am happy. Boca always needs me 120 per cent and I am not mentally prepared to give them that.

“For me Boca is the best club in the world, my dad, my brothers, my mom, my wife and my children are from Boca and I can’t lie to them and neither to the fans. For all this it is my decision, purely and exclusively mine, this is the truth of my decision.”

Tevez, who scored three goals for Boca last season, said he has not had time to mourn the passing of his father.

“Boca leads you to give much more than the maximum and I am not in a mental condition to give it, because the truth is that I did not have time to do the duel for my father and I was already playing again, that is the requirement of Boca,” he said.

“I want to thank the leadership, my team-mates and all the people of the club who work to make this club bigger and bigger.

“Many people asked me to stay until December and wait for people to return to the stadiums, that that would fill me up a little more, but that is what they want and it was very difficult for me.

“My greatest joy and satisfaction is the best memory I can have, the last time we saw each other and people shouted like crazy ‘Boca Champion’ and the children, parents and grandparents hugged, there is nothing more beautiful than that image.

“The last ovation to [Diego] Maradona on a pitch and the last time my dad saw me playing ball and become champion, the last time I saw my dad cry with joy because always and since the day I was born, I was born from Boca and I will die from Boca.

“There is nothing more beautiful and I do not need anything else to be happy. Xeneizes people I have no words to thank you. So much affection that I do not know if I deserve, the only thing I know is that my blood is not red, my blood is blue and yellow.”

Former Manchester United, Manchester City and Juventus frontman Tevez won 11 major titles for the Xeneize, the latest at the start of this year in the Copa Diego Armando Maradona where he created the decisive goal.

He is seventh on the list of most titles won for Boca and the club’s 10th-highest scorer of all time with 94 from 279 matches.

Tevez has won a staggering 26 titles in his career and is among only four Argentine players to win both the CONMEBOL Libertadores Cup and the Champions League, lifting the biggest prize in European club football with United.

Denial of responsibility! NewsUpdate is an automatic aggregator around the global media. All the content are available free on Internet. We have just arranged it in one platform for educational purpose only. In each content, the hyperlink to the primary source is specified. All trademarks belong to their rightful owners, all materials to their authors. If you are the owner of the content and do not want us to publish your materials on our website, please contact us by email – [email protected]. The content will be deleted within 24 hours.
best sports newsBocaexitgivenews update sportsnewsupdatesports newssports update