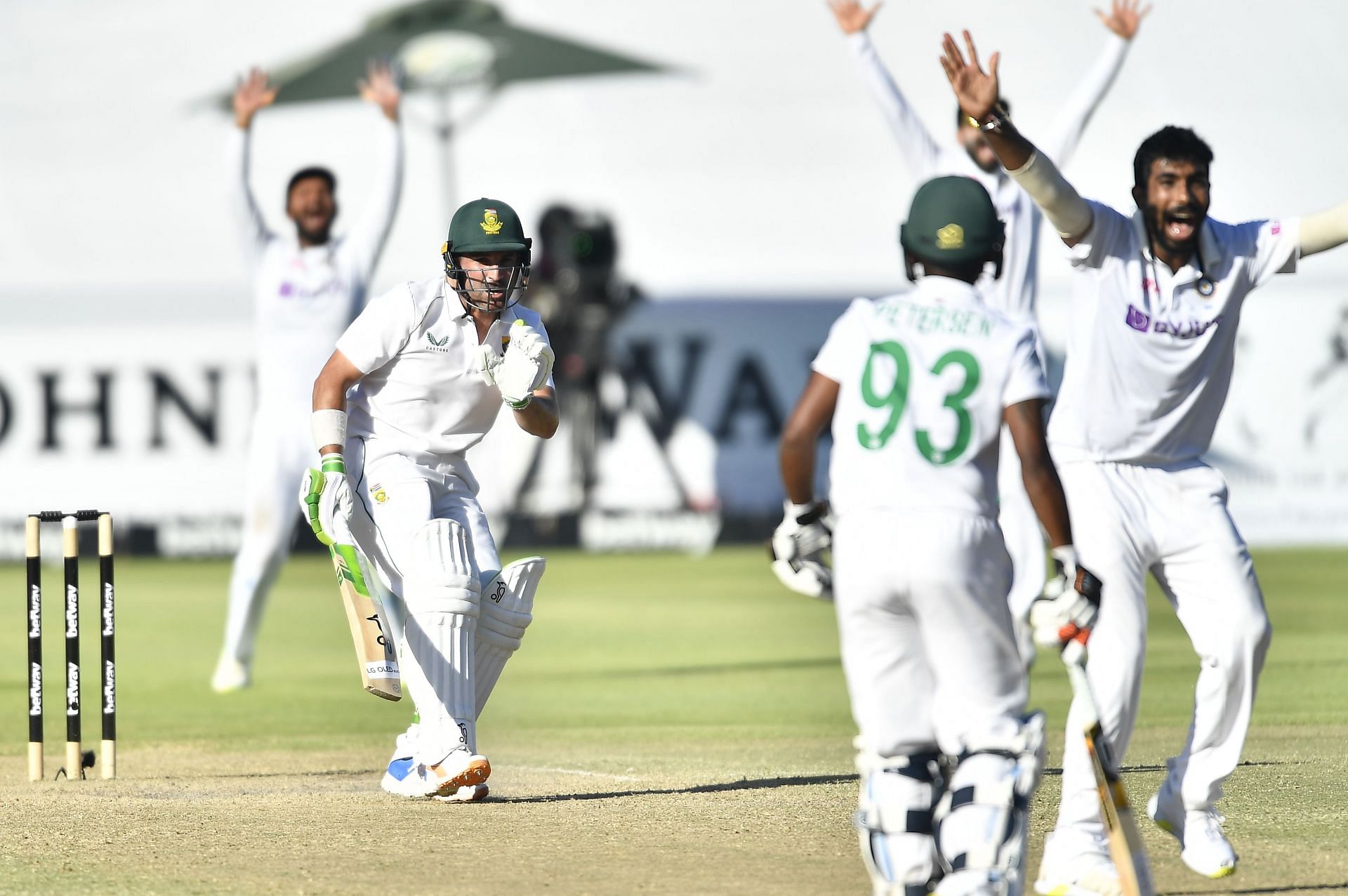 “Thankfully finished with a wicket; could have easily picked up couple more” – Paras Mhambrey outlines India’s plan for Day 4

India bowling coach Paras Mhambrey welcomed the wicket of captain Dean Elgar right at the end but admitted that the team should have scalped a few more. The Proteas have the upper hand at the end of Day 3, needing 111 more runs with eight batters remaining.

Jasprit Bumrah (1 for 29) and Mohammed Shami (1 for 22) – India’s two strike bowlers – probed with the new ball, while Umesh Yadav and Shardul Thakur looked rather toothless. Lauding the overall performance, Mhambrey opined that the team needed a bit of luck to make further inroads.

South Africa seemed to be sailing towards the 212-run target, with Elgar (30 off 96) and Keegan Petersen (48* off 61) set in the middle. But Bumrah had the South Africa skipper caught down the leg-side with what eventually turned out to be the final ball of the day, thus breaking the sublime 78-run alliance.

Paras Mhambrey echoed similar emotions while admitting that Elgar’s wicket came as a breath of fresh air. The 49-year-old added that India’s pace attack needs to be patient while consistently hitting the right areas in the first session tomorrow.

“It was important that we picked up a wicket, that too of Dean. Yeah they did score well, I thought at one stage, it looked like it was getting tight. But thankfully finished the day with a wicket, and that’s what you want – at times, you want that kind of a breakthrough. It’s pretty simple – we got to go out there and bowl well and try our best, pick up those wickets.

Earlier in the day, India managed just 198 in their second innings, with wicketkeeper-batsman Rishabh Pant smashing a blistering 100* off 139 balls.

When the fourth innings of a Test starts on the third day, it means that the fast bowlers are overworked after not getting adequate recovery time.

Quizzed about the increased workload of the bowlers in such a situation, India’s bowling coach once again highlighted the grueling nature of Test cricket. He, however, shed light on the importance of the backroom staff in keeping the players going.

“At a stage when you have bowled so many overs, recovery is extremely important. You have got a fabulous support staff out there to help them in terms of the recovery. And that’s Test cricket, sometimes there’s going to be a day when you really don’t get much time. Ideally you want a break, but sometimes you don’t get a day off, but that’s something you got to be prepared for,” Paras Mhambrey said in response to a Sportskeeda query.

A first Test series win in South Africa still beckons, but in order to achieve that, the Indian bowlers need to bowl out of their skin and force a collapse.

Q. Can India bowl South Africa out tomrrow and win the series?

Denial of responsibility! NewsUpdate is an automatic aggregator around the global media. All the content are available free on Internet. We have just arranged it in one platform for educational purpose only. In each content, the hyperlink to the primary source is specified. All trademarks belong to their rightful owners, all materials to their authors. If you are the owner of the content and do not want us to publish your materials on our website, please contact us by email – abuse@newsupdate.uk. The content will be deleted within 24 hours.
best sports newscoupleCricketDayEasilyfinishedIndia vs South Africa 2022Indian Cricket Team

Someone got Stardew Valley running on a custom Game Boy, and now I want one

Why did the Texans fire David Culley? Explaining the one-and-done tenure of a ‘Band-Aid’ hire

Realme 9i Early Sale Announced, to Be Available on January…

Call of Duty Could Move Away From Annual Releases, According…