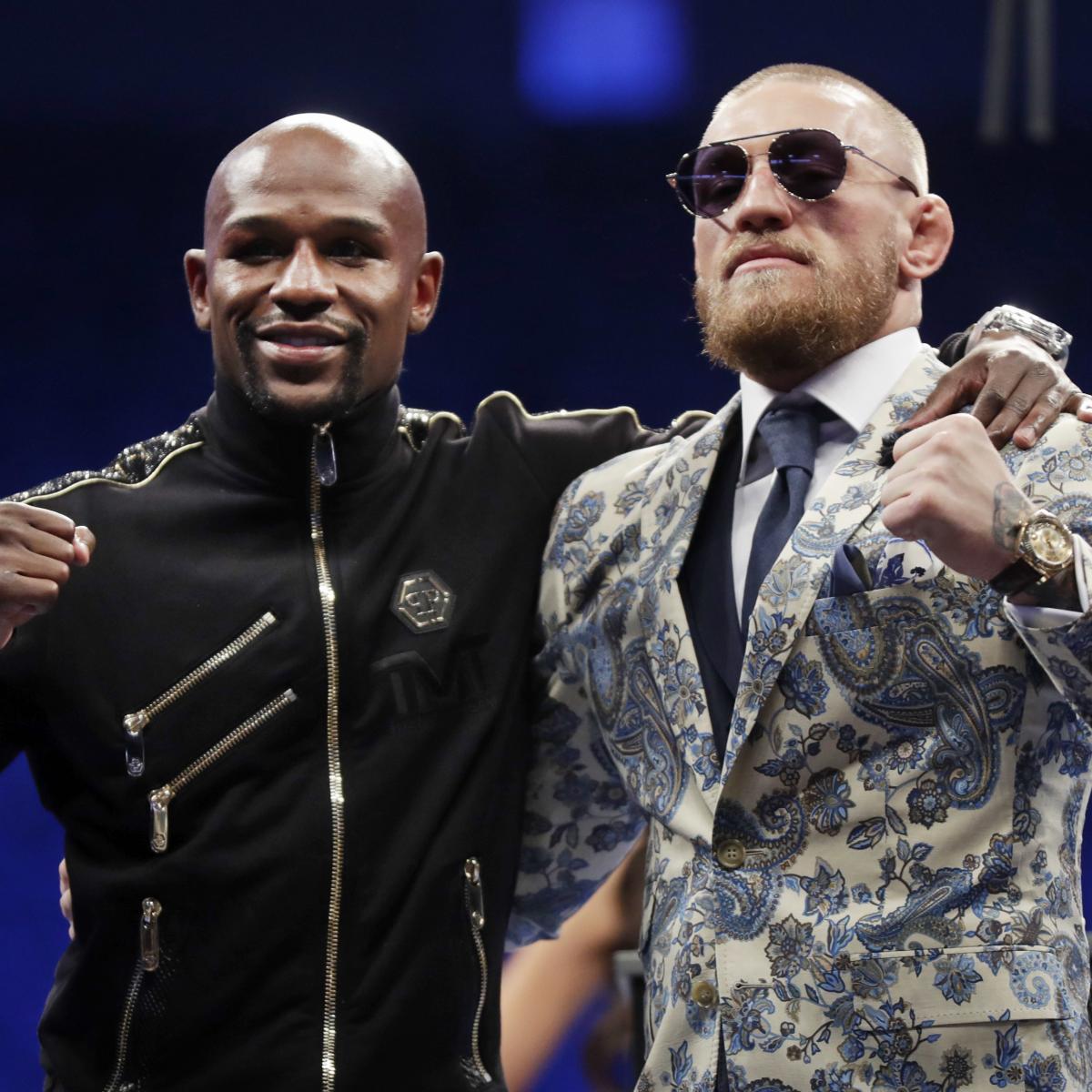 The 6 Biggest Boxing Paychecks in History

At the highest level of boxing, a star-studded match can make someone a very, very wealthy person.

For anyone who has followed the sport in the last two decades, it’s no surprise that the largest payouts in history have all included Mayweather. Granted, he initially ceded the spotlight in a 2007 bout—before taking down Oscar De La Hoya anyway.

Overall, the six biggest paychecks—that can be reasonably confirmed—to an individual boxer are the product of four fights.

Floyd Mayweather also cashed a sizable check, but the featured boxer in the moment was Oscar De La Hoya.

According to Forbes, De La Hoya earned a then-record $52 million for the match at the MGM Grand Arena. Unfortunately for the Golden Boy, though, his challenger won a split decision in 12 rounds.

The super welterweight title fight totaled more than $130 million of revenue thanks to 2.5 million pay-per-view buys.

Leonard Ellerbe, the head of Mayweather’s promotion company, said the fighter had a $41.5 million guarantee for this showdown with Canelo Alvarez. Forbes reported Mayweather would earn $80-plus million after accounting for pay-per-view sales.

Mayweather won a majority decision, which was only controversial for the result not being unanimous.

“The Money Fight” was the only proper billing for the 2017 match between Mayweather and Conor McGregor.

Although it didn’t break the pay-per-view buy record—more on that shortly—this fight generated 4.3 million domestic PPV buys and surpassed $600 million in revenue, per ESPN.

McGregor, who rose to prominence as a UFC fighter, fared better than expected. He lasted 10 rounds until referee Robert Byrd stepped in and called a TKO in favor of Mayweather.

Roughly two months later, McGregor confirmed that his take was “around” $100 million, per Forbes.

As everyone expected, “The Fight of the Century” with Mayweather and Manny Pacquiao broke all sorts of records.

Though the fight itself is remembered for its disappointing lack of action, both fighters pulled in nine-figure paydays. Pacquiao received a 40 percent split of the revenue, per ESPN, meaning he could’ve earned upward of $150 million for the night.

Granted, ESPN noted that Pacquiao’s share would be “significantly reduced” after paying his promoter. Still, it was an incredibly lucrative night for Pacquiao despite the loss to Mayweather.

On the opposite side of the 60-40 split, Mayweather took home a victory and a quarter-billion payday.

ESPN reported that he collected “roughly $250 million” of the $600 million-plus in total revenue. The fight also produced a record 4.6 million domestic pay-per-view sales. Both of those figures, as of this writing, remain the largest in boxing history.

Mayweather won by unanimous decision, connecting on 34 percent of his punches to Pacquiao’s 19 percent.

His nickname is Money Mayweather for good reason.

After knocking out McGregor in their 2017 showcase, Mayweather improved his career record to a perfect 50-0. Oh, and he banked $275 million for the night, according to Forbes.

The fight also vaulted Mayweather past $1 billion in total earnings. He joined a small list of athletes—led by Michael Jordan and Tiger Woods—to hit 10 digits of winnings as pros, riding into his third and presumably final retirement as a career billionaire.

Denial of responsibility! NewsUpdate is an automatic aggregator around the global media. All the content are available free on Internet. We have just arranged it in one platform for educational purpose only. In each content, the hyperlink to the primary source is specified. All trademarks belong to their rightful owners, all materials to their authors. If you are the owner of the content and do not want us to publish your materials on our website, please contact us by email – [email protected]. The content will be deleted within 24 hours.
best sports newsbiggestBoxinghistorynews update sportsnewsupdatepaycheckssports news

Every NBA Team’s Biggest Hole to Fill in Free Agency

Jyothi Yarraji smashes NR for third time in 2 weeks in…