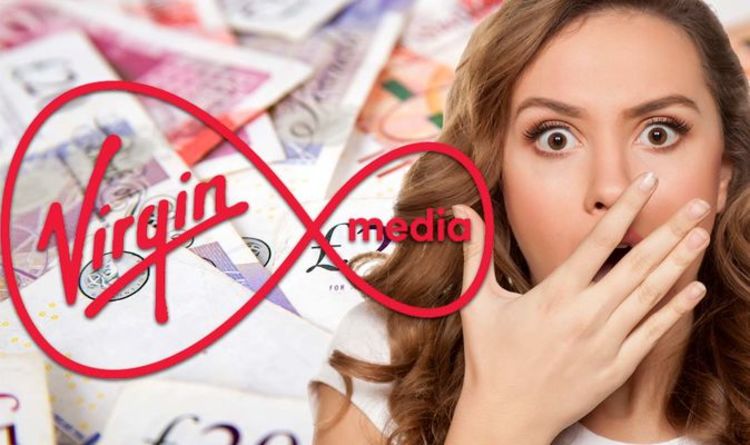 Virgin Media customers are being sent letters from lawyers demanding they pay fines of over £800 as part of the ongoing piracy crackdown. The letters are being sent out to hundreds of people who have been accused of pirating one Hollywood film in particular. The film in question is Ava, which stars Oscar nominated actress Jessica Chastain, and is currently available to stream exclusively on Netflix in the UK.

However, when it was first released worldwide, some 314 Virgin Media customers reportedly were purportedly involved in distributing an illegal copy of the 2020 film via BitTorrent, which allows people to share and download files using the Torrent format.

The revelation that Virgin Media customers were involved in the distribution of this action-thriller first came to light in September, with Express.co.uk reporting on it at the time. At the time, a small batch of letters had been sent to Virgin Media customers by lawyers on behalf of Voltage Pictures, who own the rights to the film and had received permission from the High Court to contact these alleged internet pirates.

Letters sent at the time warned “court proceedings” could begin if they didn’t pay money to settle the matter. At the time, it was unclear how much these fines would be, however, piracy blog TorrentFreak has since reported letters that the fines will be £838.28.

And letters from lawyers warned if alleged internet pirates try to fight the accusations levelled against them, they could end up paying more money in damages.

The letters read: “Should you disagree with the above, we invite you to submit to a judgment on liability, with the court to assess damages.

“For the avoidance of doubt, however, should our client be forced to issue and pursue proceedings, it reserves its right to seek a higher sum by way of damages, on the basis of (i) our client’s lost profits flowing from the lack of theatrical release and related lost profits and (ii) your joint and several liability for the acts of infringement of the entire swarm in which you have participated.”

The letter also gives a breakdown of how the damages fee was calculated, based on a number of factors, including the earnings lost at the Box Office and liability for third-party infringement.

Virgin Media users were contacted directly by lawyers after the broadband, TV and telecoms giant had previously been ordered by the courts to hand over subscriber details to Voltage.

At the time a Virgin Media spokesperson said: “We take the privacy and security of our customers’ data very seriously. Virgin Media will only ever disclose customer information to third parties if required by law to do so through a valid Court order.

“In this case a Court order was successfully granted to Voltage Pictures which means a very small number of Virgin Media customers may now receive correspondence from this organisation.

“Any customer who receives a letter should note that the Court has not yet made any findings of copyright infringement against them. This would be a matter to be determined by the Court in any subsequent claim.”

Denial of responsibility! NewsUpdate is an automatic aggregator around the global media. All the content are available free on Internet. We have just arranged it in one platform for educational purpose only. In each content, the hyperlink to the primary source is specified. All trademarks belong to their rightful owners, all materials to their authors. If you are the owner of the content and do not want us to publish your materials on our website, please contact us by email – [email protected]. The content will be deleted within 24 hours.
best technology newscustomersdemandingFinesLettersmedianews update technewsupdate

Chau’s injury means Schofield can go out a winner, while HKIR loses a runner

Pense’e, The Intimidator, Once You Go Black, King Louis,…

“He can then make himself available in different…