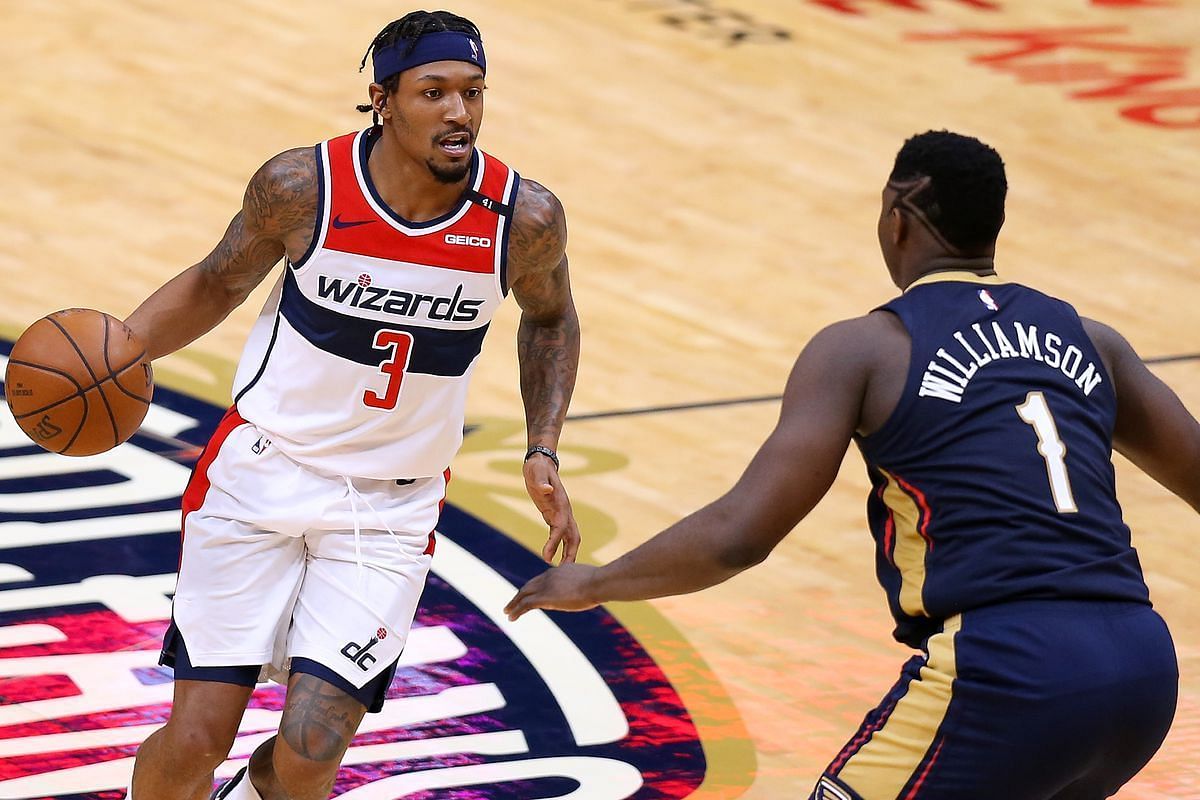 The Washington Wizards start their Western Conference sojourn with a matchup against the New Orleans Pelicans at the Smoothie King Center on Wednesday.

The Wizards are only 1-3 in their last four games after a five-game winning run. They’re hoping for another good streak, beginning with the game against the Pelicans.

Coach Wes Unseld Jr.’s team just fought the Miami Heat and Charlotte Hornets in a set of two mini-series games. They went 0-2 against the Hornets and drew 1-1 with the Heat. Facing one of the worst teams in the New Orleans Pelicans could be the respite they’ve been longing for.

The Washington Wizards have the fourth best Defensive Rating in the league sitting at (104.0).

The Washington Wizards have the fourth best Defensive Rating in the league sitting at (104.0).If the season ended today it would be their highest in seven years – 2014-15 (103.0)

Only the Houston Rockets have a worse record than the Pelicans this season. Without Zion Williamson and with injuries to some of the players on their roster, the team have been struggling on all ends. Their anemic offense hasn’t worried many opposing defenses, while their own defense has been giving up too many points.

The New Orleans Pelicans gave the Washington Wizards a little scare before eventually losing. The Wizards could get over the hump this time if they play with precision, effort and attention to detail.

Rui Hachimura and Thomas Bryant haven’t seen action for the Washington Wizards this season. They continue to be ruled out.

Joel Ayayi, Isaiah Todd and Cassius Winston are not traveling with the team. They have been assigned to the G-League.

Zion Williamson is the biggest name on the injury list for both teams. The New Orleans Pelicans still don’t have a definite timeline for his return.

After missing the last few games, Devonte’ Graham could be cleared to play. He’s been upgraded to questionable.

The Pelicans announce Zion Williamson has been cleared to participate in contact drills beginning with 1-on-1 workouts.

His next update will be on Nov. 24, which will determine if he can be available for full team workouts.

The Pelicans announce Zion Williamson has been cleared to participate in contact drills beginning with 1-on-1 workouts. His next update will be on Nov. 24, which will determine if he can be available for full team workouts.

Daulton Hommes will be sidelined with a stress fracture, while Didi Louzada is under suspension for violating the NBA’s substance policy.

The Washington Wizards have surprised many this season mainly because of the performance of their starting unit. They should go with the Spencer Dinwiddie-Bradley Beal backcourt combo on Wednesday.

Head coach Willie Green has been experimenting with his lineup to find the best starting unit. He could roll out the same starting five that played against the Minnesota Timberwolves.

Josh Hart and Tomas Satoransky will be on the backcourt. Veteran Garrett Temple and star Brandon Ingram will be the forwards. Jonas Valanciunas, who has been the New Orleans Pelicans’ best player, will be the starting center.

Denial of responsibility! NewsUpdate is an automatic aggregator around the global media. All the content are available free on Internet. We have just arranged it in one platform for educational purpose only. In each content, the hyperlink to the primary source is specified. All trademarks belong to their rightful owners, all materials to their authors. If you are the owner of the content and do not want us to publish your materials on our website, please contact us by email – [email protected]. The content will be deleted within 24 hours.
24thBasketballbest sports newsBradley BealinjuryLineupsNBANBA Injury Updates

Can India put the Black Caps in a spin?