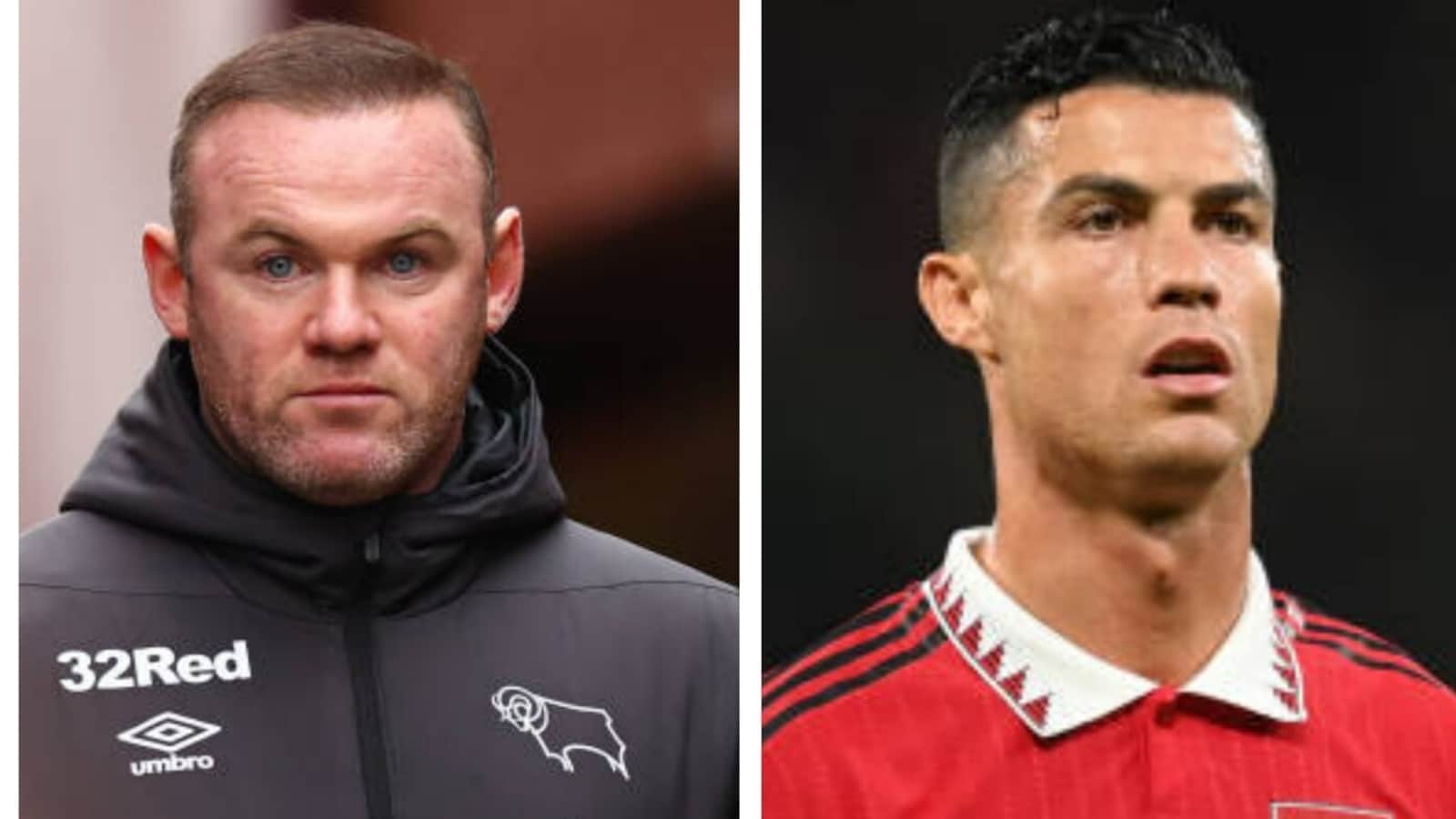 Watch- ‘Age Comes to all of us…’: Wayne Rooney’s savage reply to Cristiano Ronaldo’s jibe

Cristiano Ronaldo has been embroiled in controversies over his tiff with the management of football club Machester United, for quite some time now. The star footballer had recently given an interview to British broadcaster Piers Morgan where he had criticised some of the former players of the game, including Wayne Rooney.

Ronaldo had accused Rooney of being jealous over his achievements and continuity as a player despite being of the same age, pointing to the fact that both footballers were 37 years in age.

“Probably, because he finished his career in his 30s. I’m still playing at a high level, I’m not going to say that I’m looking better than him, which is true,” Ronaldo had said on Rooney.

The former teammate, Rooney has reacted to Ronaldo’s comments about him. He retorted that Ronaldo was not able to deal with the fact that he was 37 and not the centre figure at Manchester United.

“He’s a fantastic player. Him and Messi are probably the two best players ever to play the game. It’s not criticism, what I’ve said is age comes to all of us, Cristiano obviously is finding it hard to deal with that,” Rooney told CNN.

Rooney responds to Cristiano’s interview: “He’s a fantastic player. Him and Messi are probably the two best players to play the game. It’s not criticism, what I’ve said is age comes to all of us, Cristiano is finding it hard to deal with that.” [@CNN]

“He’s done a interview and it’s gone global. It’s strange… some of the comments are strange but I’m sure Machester United will deal with it once they see the full interview and take whatever action they need to take,” the former Manchester United player concluded.

Meanwhile Ronaldo has reached Qatar to participate in the FIFA World Cup. The 37-year-old had indicated that this tournament might be his last World Cup.

“It’s difficult to tell right now, it’s because, we, my mood is right now at the World Cup. It’s probably my last World Cup, of course, my fifth World Cup. I don’t know what’s gonna happen after the World Cup, but as I told you before, and I will say again, the fans will be always in my heart,” Ronaldo said.

Denial of responsibility! NewsUpdate is an automatic aggregator around the global media. All the content are available free on Internet. We have just arranged it in one platform for educational purpose only. In each content, the hyperlink to the primary source is specified. All trademarks belong to their rightful owners, all materials to their authors. If you are the owner of the content and do not want us to publish your materials on our website, please contact us by email – [email protected]. The content will be deleted within 24 hours.
Agebest sports newsCristianoCristiano RonaldoCristiano Ronaldo FIFA World CupFIFA World CupFIFA World Cup Qatarjibe