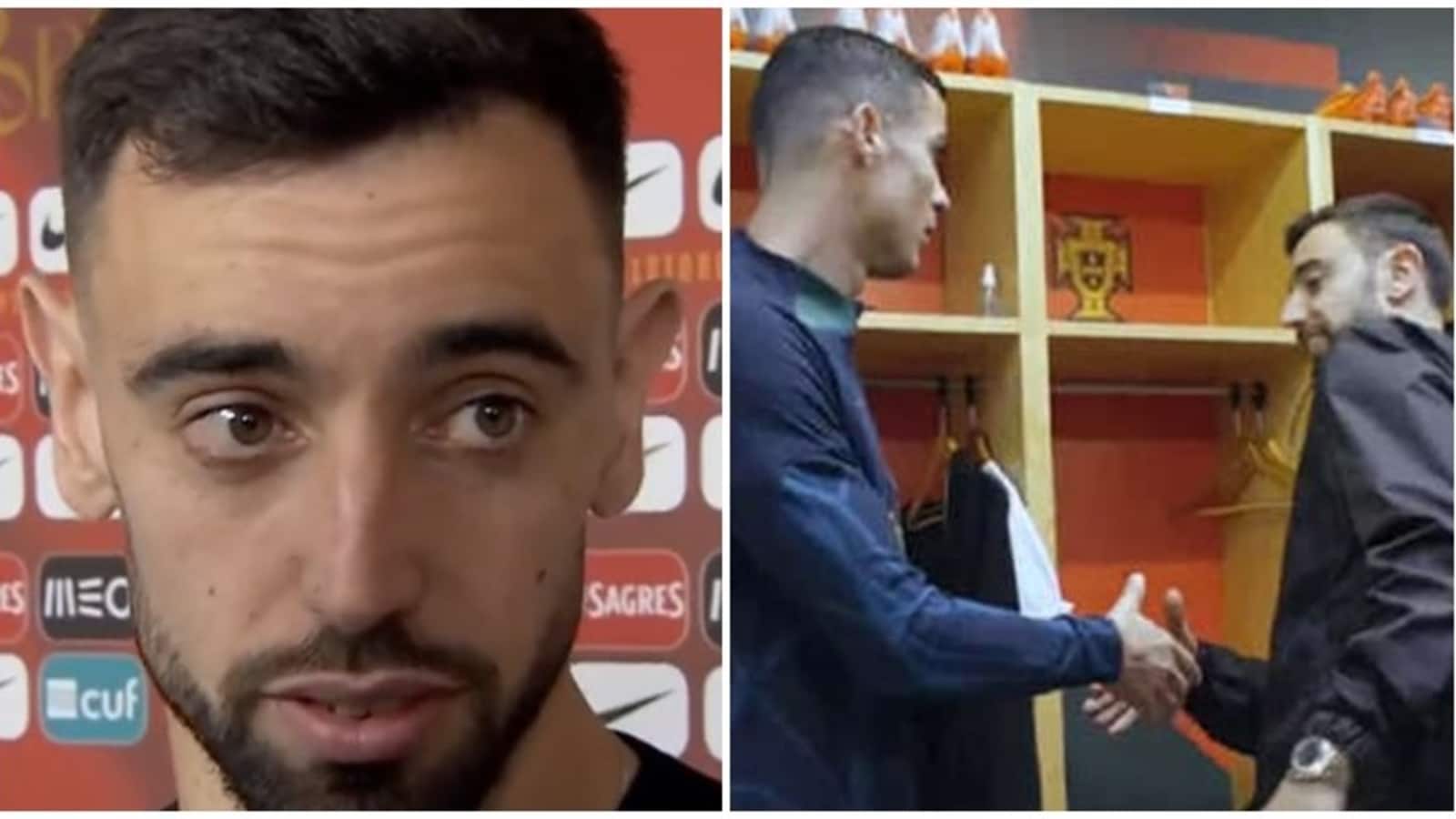 Watch: ‘Man United will be my focus after World Cup’ – Bruno Fernandes opens up on viral video with Cristiano Ronaldo

Ever since Cristiano Ronaldo’s explosive interview to journalist Piers Morgan, the talismanic footballer has been heavily slammed from all corners. Ronaldo during the interaction was critical of both Manchester United and manager Erik ten Hag, where he accused the senior officials of forcing him out of the club. Such was the impact that a video of Ronaldo and his Portugal teammate Bruno Fernandes went viral on the internet, with many hinting the ties between the two getting severe because of the interview.

However, during an interaction with Sky Sports, Fernandes rubbished all the claims, stating all is well between him and Ronaldo. He also stated that he hasn’t read the interview yet.

“I didn’t read the interview so I am OK with that,” said Fernandes after Portugal’s 4-0 win over Nigeria in their final warm-up match ahead of the World Cup on Thursday evening.

“Cristiano is lucky to play in [World Cup] five times. This [upcoming tournament] will be his fifth time in the World Cup, so everyone is ready for that and everyone wants to give their best for the team.”

This is a really good interview by Bruno, explains the Ronaldo clip well, is clear and unequivocal, also shows how the Portuguese squad is unified.

On being asked about the exchange between the two, which was depicted asc “frosty” by many, Fernandes continued: “They put the sound [on the TV] after. Did you hear it with the sound? In Portugal we have a problem [with that].

“I was watching on one of the channels that was talking about that, saying it was ‘cold’ and ‘bad’ for 45 minutes. All of a sudden, they went to a break and the sound came on it and said that he was joking with me.

“They came back and said there was a joke, and then cut it there. If they go back they will see that there was a problem. But if they tell the truth and explain what was in that video, people will know.

“As I said, this is the national team and Manchester United will be my focus after the World Cup, after December 18, because that is the final,” he concluded.

Denial of responsibility! NewsUpdate is an automatic aggregator around the global media. All the content are available free on Internet. We have just arranged it in one platform for educational purpose only. In each content, the hyperlink to the primary source is specified. All trademarks belong to their rightful owners, all materials to their authors. If you are the owner of the content and do not want us to publish your materials on our website, please contact us by email – [email protected]. The content will be deleted within 24 hours.
best sports newsBrunobruno fernandes on cristiano ronaldoCristianoCristiano RonaldoCristiano Ronaldo Bruno FernandesCupFernandes