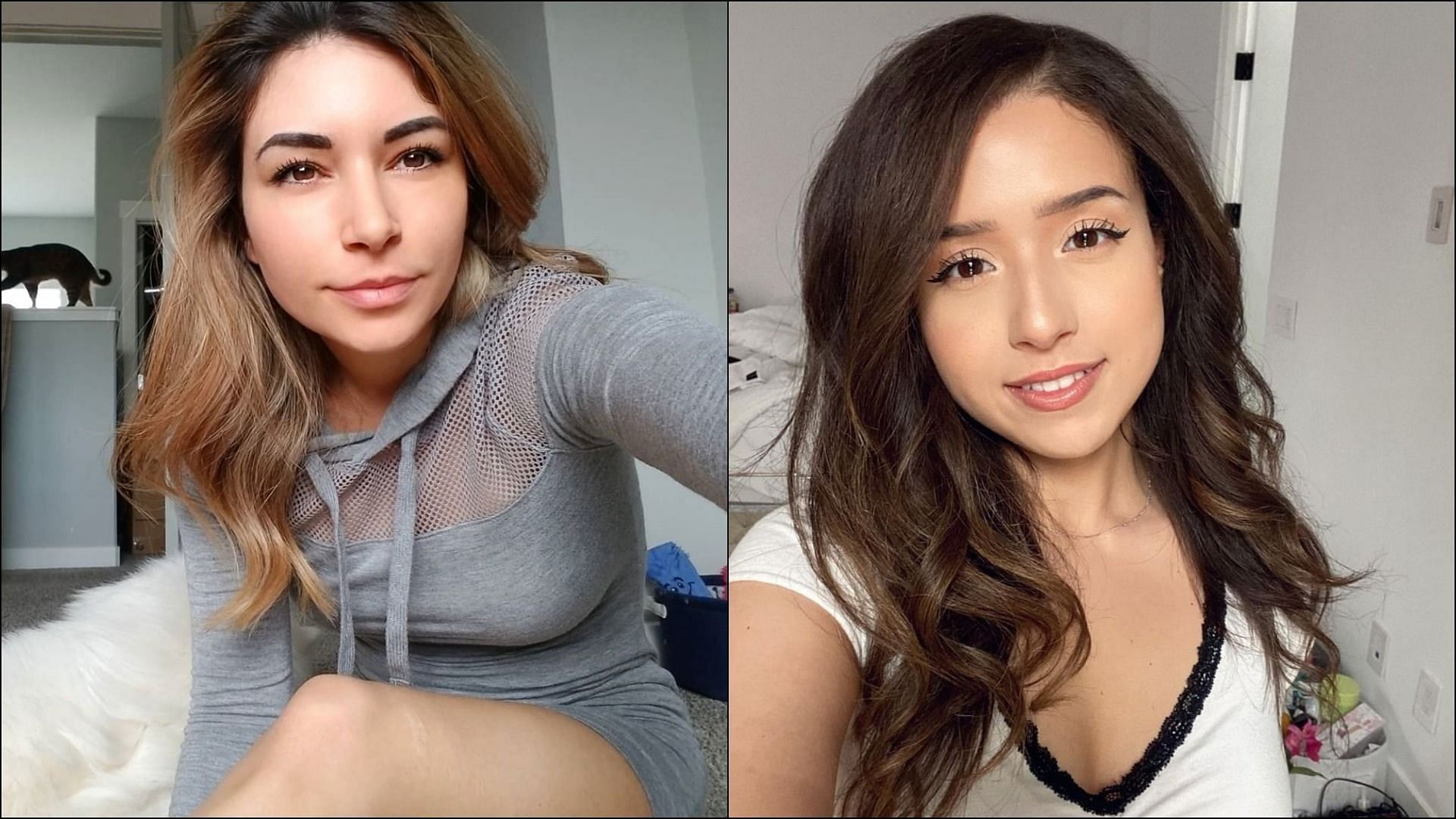 “What is there to hate about her?”: Alinity reveals why she thinks Pokimane is harassed online

Twitch streamer Natalia “Alinity” Mogollon reached an insightful conclusion as to why she thinks a part of the internet “harasses” streamer Pokimane so much. Alinity discussed the latest drama on Twitch with her chat, commenting on the recent hat being shown to big streamers.

During her discussion, she begged the question of how people can hate Pokimane, reasoning that she is truly the nicest, most wholesome person she has ever met:

“She’s very wholesome and family-friendly, she doesn’t really go after anyone, she doesn’t even show b**bs! Like, what is there to hate about her?!”

She then goes on to point out that she does very little to flaunt her feminine charm like many other female streamers do on the platform, who are scolded by those who believe they only have viewership because of their exposed bodies. Alinity added:

“Like I don’t get it. She doesn’t stream in a hot tub… Like, why is she the target of this misogyny? It’s crazy.”

The streamer then realizes that all the compliments she’s been giving to Pokimane are exactly the reason why so many people hate her. She believes that her haters have no excuse for her self-made success, therefore they can only attack her on the basis of being a female.

“Maybe they want her to show b**bs, and they want her to do this hot tub streams. And then they’re like ‘the only reason why she’s big is because she’s got b**bs.’ It’s almost as if it makes people feel better that b**bs content are better than their content, but because there is no b**bs, they’re like what the f*** is going on?”

Alinity then makes the hilarious statement that they become confused by the success of a female and revert to simple reasoning:

“There’s a bunch of cognitive dissonance ’cause they’re like ‘woman bad man good.’ Y’know what I mean?”

She might have such a grounded and insightful take on the subject because of her experience with past drama. The experience of going through a sea of hate has allowed her to experience things more clearly and helped her grow as a better person. And now she wants to show that a lot of the hatred she received was harsher because she was a female.

Reddit users found themselves agreeing with her, even bringing up more proof that Poki was receiving more hate for her DMCA ban than other male creators.

It seems that Alinity can see herself in Pokimane’s place, and wants to help her. Her kind words directed at Pokimane are further evidence that she holds a lot of respect for the fellow streamer, and at one point was probably a fan herself.

Denial of responsibility! NewsUpdate is an automatic aggregator around the global media. All the content are available free on Internet. We have just arranged it in one platform for educational purpose only. In each content, the hyperlink to the primary source is specified. All trademarks belong to their rightful owners, all materials to their authors. If you are the owner of the content and do not want us to publish your materials on our website, please contact us by email – [email protected]. The content will be deleted within 24 hours.
Alinitybest sports newsEsports & GamingEsports Socialsfeatureharassedhatenews update sports

Nobody Saves The World: How Progression Works