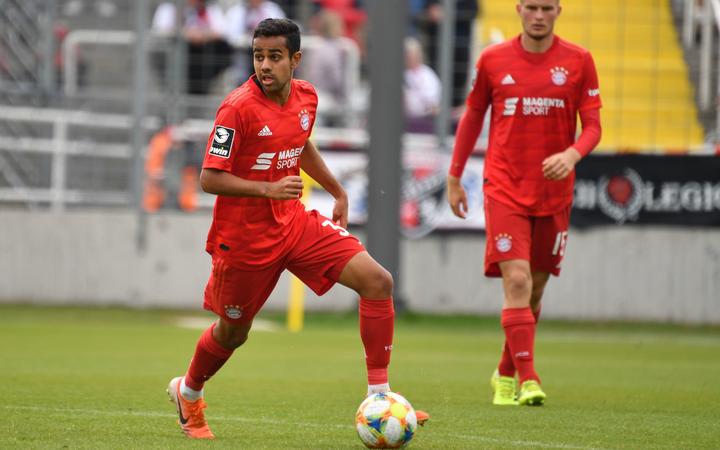 Five newcomers have been named in the New Zealand men’s football squad for next month’s games against Curacao and Bahrain.

Ten players in the 21 strong squad were part of the Olympic side that reached the quarter-finals at Tokyo 2020.

No New Zealand or Australian based players have been piced due to Covid-19 travel restrictions on returning to both countries.

Chris Wood, Sarpreet Singh and Liberato Cacace who are based in England and Europe have been selected.

Sarpreet Singh will turn out for New Zealand against Curacao and Bahrain next month.
Photo: Photosport

Ryan Thomas and Winston Reid are unavailable for selection for personal reasons although Reid will join up with squad in a non-playing capacity in a mentoring role.

Gianni Stensness was unavailable for selection having chosen to represent Australia at senior level.

“He was part of the Olympic team that showed how exciting the future of New Zealand football is looking and I believe his time in our national setup has played a major role in his development. Ultimately it is his decision, and we will respect it.”

“I think it speaks to the strength of the talent we are developing, and the success they are having overseas, that we are able to assemble a squad without any players from New Zealand and Australia,” he said.

“Obviously we would prefer to be in a position to include players from this part of the world but I’m confident in the team we have been able to bring together and I know they are all chomping at the bit to get back on the pitch after such a long time.”

The All Whites play Curaçao on Sunday 10th October and Bahrain on Wednesday 13th October in Manama, Bahrain.

Denial of responsibility! NewsUpdate is an automatic aggregator around the global media. All the content are available free on Internet. We have just arranged it in one platform for educational purpose only. In each content, the hyperlink to the primary source is specified. All trademarks belong to their rightful owners, all materials to their authors. If you are the owner of the content and do not want us to publish your materials on our website, please contact us by email – [email protected]. The content will be deleted within 24 hours.
Audiobest sports newsCacaceCurrent AffairsNewsnews update sportsnewsupdatePodcasts

IPL 2021: “He has the talent and the ability, but sometimes he doesn’t use his brain”- Virender Sehwag on Glenn Maxwell