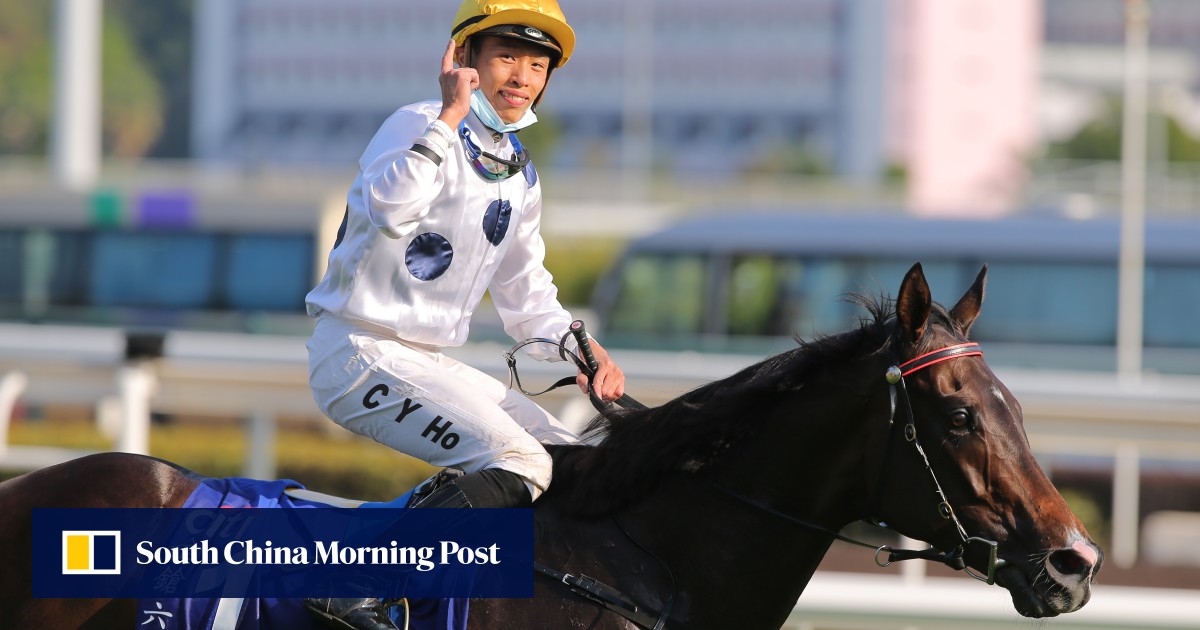 Until a week ago, Golden Sixty was Vincent Ho Chak-yiu’s primary – almost single – 2020-21 focus and rightly so – the all-conquering five-year-old has propelled him to one of Hong Kong racing’s finest seasons.

Of the five Group Ones to the superstar local jockey’s name this term, four of them have come courtesy of Golden Sixty and there was a time when it looked as though Hong Kong racing’s dominant pairing would combine again in Sunday’s Standard Chartered Champions & Chater Cup (2,400m).

The conservative option was taken, however, and Ho has turned his attention away from the Francis Lui Kin-wai-trained Golden Sixty for the first time in a long time and zoned in on snaring the final Group One of the season aboard stablemate Glorious Dragon.

“Of course after last season the focus was on Golden Sixty this season and the planning race by race. I’m happy [with the decision to put Golden Sixty away], it was a good decision to focus on next season,” Ho said. “Glorious Dragon is still a good chance of course, he’s very fit.”

A win aboard Glorious Dragon would give Ho exactly half this season’s Group Ones, matching Joao Moreira’s best effort in 2014-15 and putting him within one of Zac Purton’s dominant 2018-19 campaign where Beauty Generation and Exultant took all before them to deliver him seven wins at the top level.

“It’s still too early to talk about the sixth but I’m definitely going to do my best to try to make it happen on Sunday,” said Ho, who took out the QE II Cup aboard Japanese raider Loves Only You to go with Golden Sixty’s quartet of elite-level victories.

“With the grey horse, I’m definitely a good chance,” he added about Glorious Dragon.

The six-year-old has his seventh start for Lui after joining his stable from Tony Millard at the end of last season and for the first time in his career he steps beyond 2,000m – something Ho can’t see being an issue.

“The 2,400m with his turn of foot, I think he will be extremely competitive,” the jockey said. “I don’t think the distance is a problem and he can still have a good turn of foot in the straight and still be very strong.”

Glorious Dragon was three and three-quarter lengths behind Loves Only You when last in action in the QE II Cup and struggled to make ground from the back of the field over 2,000m on that occasion.

With veteran Time Warp the obvious leader on Sunday and the likes of Exultant and Butterfield expected to race handy, Glorious Dragon will likely still find himself behind midfield but Ho believes he can make his presence felt from gate three in the eight-horse contest.

Douglas Whyte backs Russian Emperor to atone, hopes Courier Wonder is not the ‘formality’ he looks

“With the good draw I think he will be very competitive,” he said. “I’ve been working him on the grass and this morning on the dirt and he feels great.”

Denial of responsibility! NewsUpdate is an automatic aggregator around the global media. All the content are available free on Internet. We have just arranged it in one platform for educational purpose only. In each content, the hyperlink to the primary source is specified. All trademarks belong to their rightful owners, all materials to their authors. If you are the owner of the content and do not want us to publish your materials on our website, please contact us by email – [email protected]. The content will be deleted within 24 hours.
best sports newsGloriousGoldenGroupHosnews update sportsnewsupdateRacing