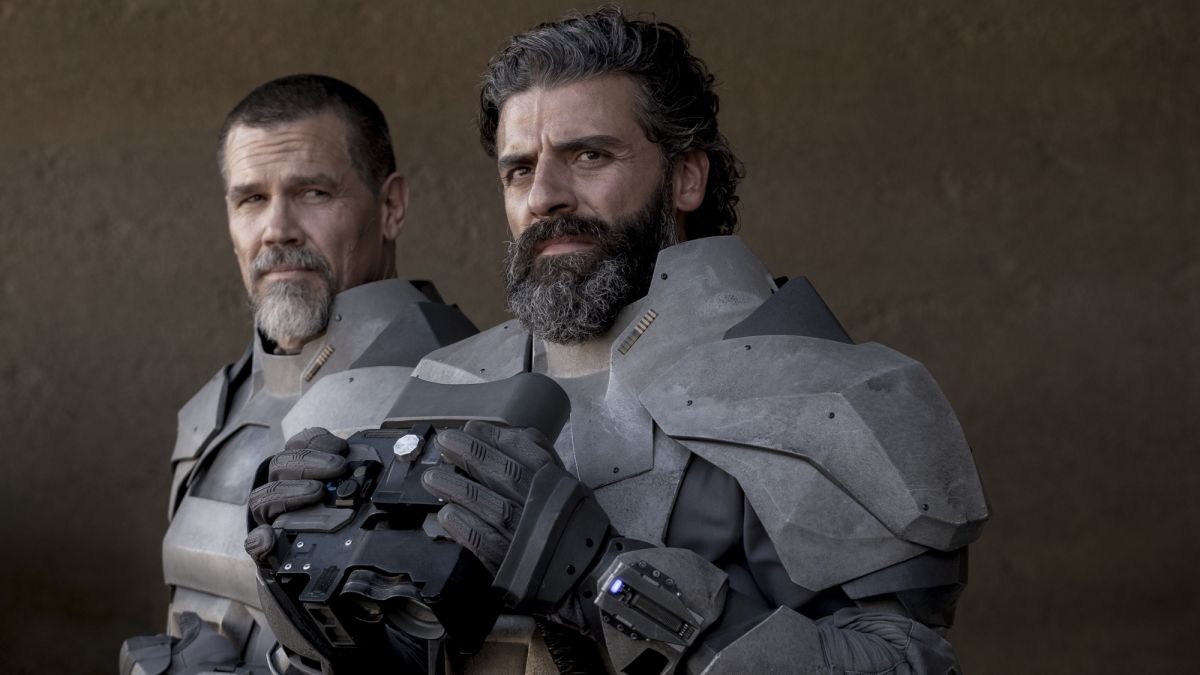 Dune movie release date, cast, trailer, HBO Max and everything else we know

Everyone will get to learn what a Kwisatz Haderach is, as the Dune movie is coming soon, and it’s got a big cast that should entice new audiences to meet Paul Atreides. Especially since the movie is also heading to HBO Max.

If you’ve ever tried and failed to read Frank Herbert’s Dune, you’re probably familiar with how dense and complicated it is. This is where director Denis Villeneuve (Arrival, Blade Runner 2049, Sicario) seeks to bring fans and new folks alike into the same tent, by making a Dune film that’s both accessible and true to the book.

One of the ways Villeneuve will seek to make this all work is by splitting the original book into multiple parts. The Dune movie that’s coming soon is going to be adapting the first half of Herbert’s beloved and intricate 1965 novel. A second Dune movie is expected (but not green-lit) to finish the work.

Oh, and the other trick they’re using to draw audiences to the world of Dune — where you want to know what a Gom Jabbar is, and want to know how to control the Spice — is by filling it with a superb cast. At the front is Timothee Chalamet (Call Me by Your Name, Lady Bird), along with Oscar Isaac (Star Wars: The Last Jedi), Rebecca Ferguson (The Snowman) and Jason Momoa (Aquaman, See).

Here’s what you need to get excited about the Dune movie, and as for understanding it, just watch the trailer. You’ll quickly figure out if this is for you or not.

There are two Dune trailers ready for you to consume right now:

Dune’s first trailer begins with troubled narration from protagonist Paul Atreides, as he is starting to feel something coming over him. But before he can kiss Chani, he wakes up to his regal bedroom, and speaks of a “crusade coming.” He’s then interrogated about how his dreams are true to life. Then, a masked figure, who appears to be Gaius Helen Mohiam, tests his limits for pain.

Then, our young ruler-to-be spars, casts his gloomy expression upon vista after vista. We see floating objects, and a powerful wrist-worn device. Atreides’ father is apparently losing his mind, and Paul is realizing his time in power may be incoming. We see plenty of wild-looking persons, flaming trees, floating soldiers and then it’s all cool flying ships and blades and gaping maws of desert monsters. Marvel movie fans may even recognize someone who looks like Drax, but isn’t.

The second trailer certainly ramps up the action, but you wouldn’t have figured that from the way it begins. This time we start off with one of the many dreams Paul has before he arrives on Arrakis, featuring Chani (Zendeya) one of the native inhabitants of the dessert world.

Chani’s narration fills in some of Arrakis’s history, and the suffering the native Fremen have endured at the hands of House Harkonnen. Duke Leto (Oscar isaac) then reveals that House Atreides is being sent there to put a stop to the conflict between the two, which looks pretty bloody and chaotic if the rest of the trailer is anything to go by.

Most importantly Dune’s second trailer gives us a real glimpse at the movie’s stellar cast. From Josh Brolin’s miserly Master at Arms Gurney Halleck to our first proper look at the grotesque Baron Harkonnen, played by Stellan Skarsgard.

When I heard Dune was scheduled to hit theaters on Dec. 18, 2020, I called that “a little optimistic.”

And I was right. Dune’s got a new release date: Oct. 1, 2021. Collider broke the news. However Dune’s pandemic-induced woes wouldn’t end there, and the movie has since been pushed back to October 22. But there’s one key detail about Dune’s release that we should point out…

Dune was originally supposed to debut on HBO Max the same day it hits theaters, as the COVID-19 pandemic pushed Warner Bros. to think a little differently where blockbuster movies were concerned.

That said, there was speculation that this might not happen. A Deadline report said that Dune’s HBO Max release date “hasn’t been decided” yet. Why would they think twice? Well, vaccination seems to be going faster than some, and director Denis Villeneuve was openly critical of the HBO Max deal.

That said, HBO Max has confirmed that Dune would be coming to the service’s ad-free plan on the same day it arrives in theaters. But like other otherwise-theatrical releases, it will only be there for the first 31 days following release.

Dune is led by Timothée Chalamet, whose appeal may be wide enough to bring a large audience to this adaptation, which might not have been their cup of tea otherwise. He’s joined by an all-star cast of modern comic/sci-fi movie actors, including MJ herself, Zendaya. Oh, and Oscar Isaac and Josh Brolin are here to smolder.

Here is the main cast of Dune:

Aside from director Denis Villeneuve, Dune’s pedigree is strong even behind the scenes. Villeneuve co-wrote the script with Eric Roth (Forrest Gump).

Villeneuve wasn’t the original director, though, as Peter Berg (Friday Night Lights) was originally tasked, but left before Paramount dropped Dune from its list of projects. Legendary Pictures would later acquire rights, and they brought Villeneuve to the table. Also, erase all memories of David Lynch’s 1984 Dune movie. Villeneuve has states his movie has no connections to that original. Relatedly, Lynch has no interest in seeing this movie.

Hans Zimmer is scoring Dune, and picked the project over Christopher Nolan’s Tenet, due to his own personal love of Herbert’s book.

Dune story: What’s it actually about

10,000 years in the future, the empire of the Imperium rules the world of Dune, which looks to be a more manageable massive space opera on the screen than it is on the page. The big story at the center of the story finds Paul Atreides, the son of Duke Leto Atreides, dealing with strife, a powerful drug known as The Spice and giant sandworms.

The story begins on Arrakis, where Paul is fighting for his life as his family takes over the mining of The Spice (also known as Melange). Complicating things is Baron Harkonnen, who was caricature-calibur evil in the books, though Villeneuve wants to turn into a more complex antagonist.

On Arrakis, Paul’s life changes once powers begin to manifest in his body, and his own goals begin to conflict with his family’s politics.

Loading...
Denial of responsibility! NewsUpdate is an automatic aggregator around the global media. All the content are available free on Internet. We have just arranged it in one platform for educational purpose only. In each content, the hyperlink to the primary source is specified. All trademarks belong to their rightful owners, all materials to their authors. If you are the owner of the content and do not want us to publish your materials on our website, please contact us by email – [email protected]. The content will be deleted within 24 hours.
Loading...
best technology newscastdateDuneHBOMaxMovienews update tech