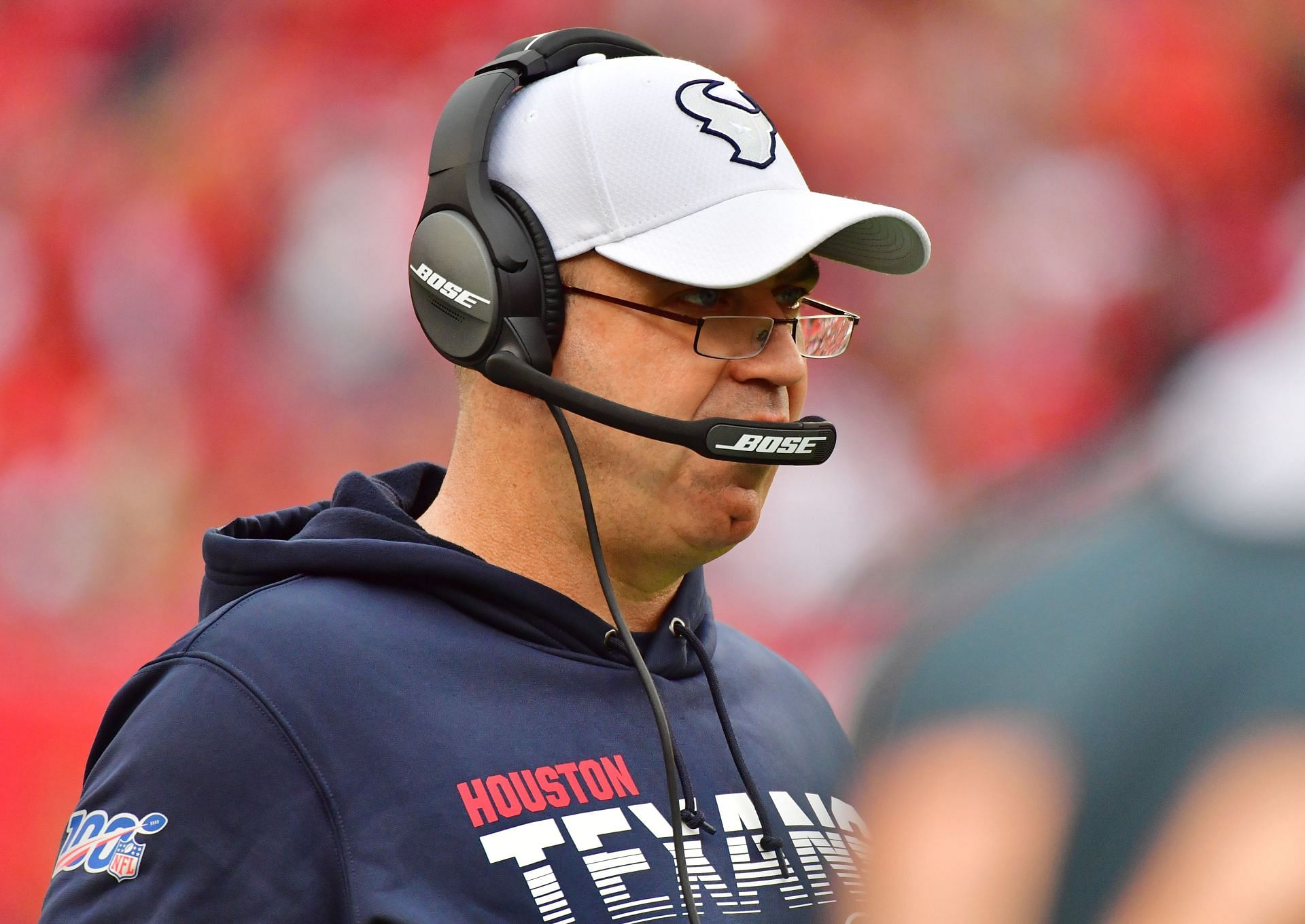 Hall of Fame tight end Shannon Sharpe has given his thoughts on the Jacksonville Jaguars potentially being interested in former Houston Texans head coach Bill O’Brien.

Sharpe won three Super Bowls during his time in the league with the Denver Broncos and Baltimore Ravens. However, he is of the opinion that O’Brien should be disqualified from being a head coach in the NFL again.

Sharpe, who now works as a sports analyst, still takes exception to an absolute head-scratcher by O’Brien. One that seemingly took the soul out of the Texans franchise. Sharpe took to Twitter to remind fans of O’Brien’s controversial personnel decision last season.

“Trading D. Hopkins for David Johnson should disqualify him from being a hd coach in the NFL.”

Sharpe was referring to the instance when O’Brien traded future Hall of Fame receiver DeAndre Hopkins, who was the team’s best receiver, for a fourth-round pick in the 2020 draft to the Cardinals in exchange for running back David Johnson. The move was heavily criticized by almost every corner of the NFL community and just four weeks into the 2020 season, O’Brien was fired.

In January of 2021, the former Texans head coach was named offensive coordinator and quarterback coach for Alabama as he teamed up with Nick Saban.

O’Brien could be back in the NFL soon

O’Brien is currently with College Football National Championship participants, the Alabama Crimson Tide. However, once the season ends, it is thought that the former NFL head coach will be sounded out by the Jacksonville Jaguars for an interview.

Given how his tenure with the Texans ended, would he be a good fit for the Jaguars? Well, the 52-year-old has a winning 54-52 record in the NFL as a coach and led the Texans franchise to four division titles during his time from 2014 to 2020.

Exactly!! The @Jaguars aren’t making good decisions as whole. For starters, do yourselves a favor and get Trent Baalke out of your organization….and Bill O’Brien?!? OMG!! twitter.com/ShannonSharpe/…

O’Brien also led Houston to the postseason on four occasions as well. However, they failed to make a deep playoff run, never making it past the divisional round in each playoff appearance.

There are several potential head coaching positions due to open up soon, with vacancies at the Jaguars and Broncos most recently becoming available. Meaning O’Brien could very well find himself back in the NFL sooner rather than later.

Whether he wants to give up his post with Alabama remains to be seen, but it’s clear Jacksonville at least wants to chat with the former Texans coach. Despite what Shannon Sharpe thinks.

Denial of responsibility! NewsUpdate is an automatic aggregator around the global media. All the content are available free on Internet. We have just arranged it in one platform for educational purpose only. In each content, the hyperlink to the primary source is specified. All trademarks belong to their rightful owners, all materials to their authors. If you are the owner of the content and do not want us to publish your materials on our website, please contact us by email – [email protected]. The content will be deleted within 24 hours.
best sports newsbillissuesJacksonville JaguarsJaguarsnews update sportsnewsupdateNFL